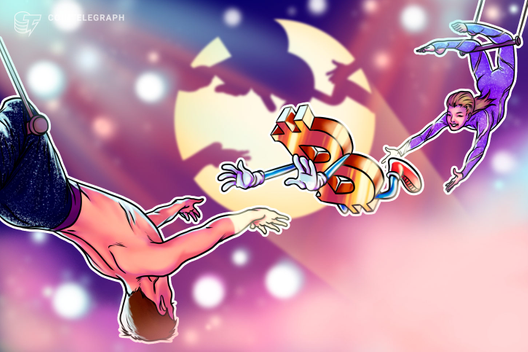 Nigel Green, the CEO and founder of financial consultancy firm deVere Group, says that the new normal bottom for Bitcoin (BTC) price is $10,000.

“Looking at its performance this year, I believe that the new normal bottom price for Bitcoin is $10,000. It bounces at this price. If it fluctuates below this level, it shoots back up again. We have seen this in action on Monday when Bitcoin hit $10,500 in a matter of minutes.”

Earlier this month Green also noted that “Bitcoin can be expected to imminently reach $15,000.”

Global economic uncertainty among the reasons

The executive cited a few reasons for his prediction. Namely, the United States-China trade war, Brexit, technical network improvements, the 2020 Bitcoin halving and public awareness growth. He believes that investors will seek shelter in politically-neutral cryptocurrency like Bitcoin as it is showing to be one of the least correlated assets to the traditional markets.

This last belief is in line with what head of over-the-counter (OTC) sales at cryptocurrency exchange Kraken Nelson Minier recently said. More precisely, he noted that while Bitcoin is not yet a safe haven, some investors are already using it like one. He concludes:

“There is increasing global acceptance that cryptocurrencies, such as Bitcoin, are not only the future of money, but increasingly the money of today. This will be reflected in Bitcoin’s new normal bottom price of $10,000.”

As Cointelegraph reported in July, Green at the time said positive cryptocurrency regulation should form a central part of the post-Brexit United Kingdom.

Crunchbase estimates the annual revenue of the deVere Group to be $5 million.