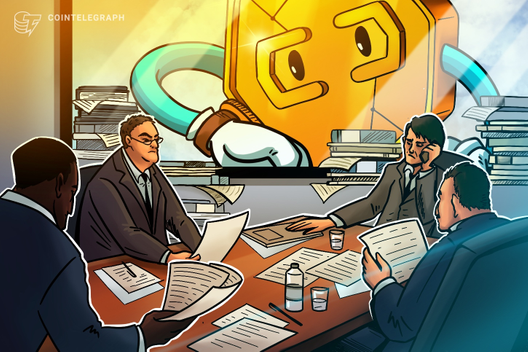 What’s driving regulatory processes around crypto, and why should we welcome restrictions on an industry that has so far enjoyed nearly unbridled freedom?

When we hear about holders of crypto being tracked down by the Internal Revenue Service, or that imprisonment is being considered for anyone using crypto in India, it conjures up a disconcerting image of what regulation might entail.

It’s part of crypto’s DNA to be unregulated, some might say. It falls outside the scope of government and should remain so for all the reasons it was created in the first place.

But if crypto is the future and there are valid concerns, then surely these should be addressed. If we want crypto to be accepted and become part of our everyday lives, then we need to engage in the debate and embrace reasonable and responsible regulation. Even the most devout supporters, who wish nothing more than to see crypto succeed on a mass scale, could agree that the growth of this industry depends, in part, on the establishment of safe, fair and reliable market conditions.

Presently, the regulatory climate is still uncertain and fragmented across jurisdictions. However, recent developments seem to suggest that we find ourselves at a turning point. The contours of a global regulatory framework are coming into focus, and we should welcome it.

On July 15, the International Monetary Fund (IMF) published a compelling document containing a useful typology of digital money, an assessment of the risks it poses and policy recommendations. It posits that privately issued stablecoins pose a number of risks to consumers and financial stability, citing liquidity risk, default risk, market risk and foreign exchange risk as comprising the primary concerns.

It argues that digital assets and cryptocurrencies could be attractive and see capital inflows away from fiat currencies in countries with high inflation rates and weak institutions. It furthermore notes that it is hard for virtual asset service providers (VASPs), such as crypto exchanges, to comply with Anti-Money Laundering (AML) and Combating the Financing of Terrorism (CFT) regulations when assets are underpinned by decentralized technology and stakeholders are spread across jurisdictions.

But it also provides some solutions. Central banks could play a role in providing issuers of stablecoins with access to central reserves. To prevent monopolies from forming and to protect monetary policy, they could consider issuing their own digital currency, such as what is currently being considered in China. However, to drive innovation in the private sector, the IMF document favors public-private partnerships instead.

Central banks could grant licenses — on the condition of supervision — and hold VASPs accountable for customer screening, transaction monitoring and reporting suspicious activity in accordance with Know Your Customer (KYC), AML and CFT regulations. Industry standards could also be defined for the security of wallets and client data.

The paper from the IMF does stress, however, that any regulation should be applied in proportion to the risks and types of services offered, and that international cooperation is crucial to prevent regulatory arbitrage.

We can see the first attempts at such cooperation being made with the Financial Action Task Force’s (FATF) recently introduced travel rule, which requires VASPs to collect and transfer customer information when processing transactions. Although the FATF’s guidance is not legally binding, the G-20 has declared it will follow the FATF’s guidance.

Related: Crypto Regulation Outlook in 2019 — What Is the Global Scenario?

But it’s not just at the global level that we’re seeing the crystallization of a regulatory framework. For example, in July, the U.K.’s Financial Conduct Authority (FCA) published two important documents. The first was its “Guidance on Cryptoassets,” which, after extensive industry consultation, makes a clear assessment and distinction between exchange tokens, utility tokens and security tokens — while recognizing that some assets may fall within multiple categories. The second document published by the FCA proposes rules to ban the sale of crypto derivatives to retail investors on account of them being less-equipped in their ability to assess the risks of these types of complex, often volatile financial products.

In studying the FCA’s guidance, a number of remarks are worth making.

Firstly, the U.K.’s overall approach is not all that different from other jurisdictions, such as, say, Singapore, Hong Kong or even the United States, where special attention is given to crypto assets that have the characteristics of securities — i.e., tokens that constitute equity, debt or are part of a collective investment scheme.

Secondly, the documents provide fairly clear guidance with regard to the regulatory status of crypto assets, as they aim to strike a balance between leaving the field open for financial innovation while ensuring retail investor protection.

Thirdly, the FCA’s guidance comes at an interesting time. According to the financial advisory firm deVere Group, the U.K. finds itself in a unique position as it nears its exit from the European Union. This could present itself as an opportunity to chart a new course to potentially turn the U.K. into a crypto-friendly hub in a similar fashion to Switzerland and Japan.

So, what’s driving these processes, and why should an industry that has so far enjoyed nearly unbridled freedom be positive about new regulatory restrictions?

Libra cannot be ignored here. When a giant tech company, with a 2.4 billion-strong user base and supported by the likes of MasterCard, Visa and PayPal, seeks to enter the space, it is significant.

Looking past sensationalist coverage, highlighting how Facebook was grilled in U.S. Congress over its proposal, we’re actually seeing the stirrings of a healthy debate. If anything, Libra has served to elevate the discourse about what governments ought to do about this phenomenon called cryptocurrency, which, according to Bitwise, has moved crypto at least three years ahead.

“Facebook’s Libra project has generated renewed interest in digital currencies and blockchain,” and “with the appropriate balance of regulation, digital currencies, and their innovative underlying technology, could provide meaningful benefits,” U.S. Republican Sen. Mike Crapo said at the Hearing on Digital Currencies and Blockchain on July 30, 2019.

Similarly, increased involvement in the industry from traditional market participants in finance, like Goldman Sachs, JPMorgan Chase and Fidelity Digital Assets Services, can only add further impetus to this debate — especially considering the recent findings of a Fidelity Investments survey, which revealed that unclear regulation is among the major obstacles deterring institutional investors from adding crypto to their portfolio.

But apart from these external push factors, a similar drive can be observed from within the industry itself. It is marked by the rise of a new generation of cryptocurrency and digital asset exchanges, built in collaboration with traditional exchange operators.

Bakkt, for example, which is a Bitcoin (BTC) futures trading platform, was created by the parent company of the New York Stock Exchange. ErisX counts Nasdaq as one of its investors. Likewise, at our own exchange, AAX, our matching engine is powered by LSEG Technology, which is part of London Stock Exchange Group.

What these exchanges have in common is a shared recognition that institutional-grade technology and a proactive approach toward regulatory compliance are vital to creating the conditions fit to accommodate institutional investors and bring serious capital into the market.

Regulation is not the process by which users are deprived of the liberties and benefits essential to cryptocurrency. Rather, it is a necessary condition by which they can be made available to everyone.

Peter Lin is the founder and CEO of AAX, the first digital asset exchange to be powered by LSEG Technology, which is part of London Stock Exchange Group. Prior to AAX, Peter developed specialized cryptographic security systems for the distribution of Hollywood movies to cinemas and founded a virtual reality startup in 2016, where he developed and launched a head-mounted personal theater system.