Several tries at cracking five figures met with rejection on Monday for Bitcoin price, as the previous support formed a new ceiling.

Bitcoin (BTC) price was fighting resistance close to $10,000 on Sept. 2 as fresh energy appeared to flow into markets.

Data from Coin360 showed BTC/USD 2.25% up on Monday, climbing through $9,800 to challenge a ceiling it failed to break the day before.

At press time, the pair traded at just below the $9,800 mark, having hit $9,840 before rejecting further gains in the short term. 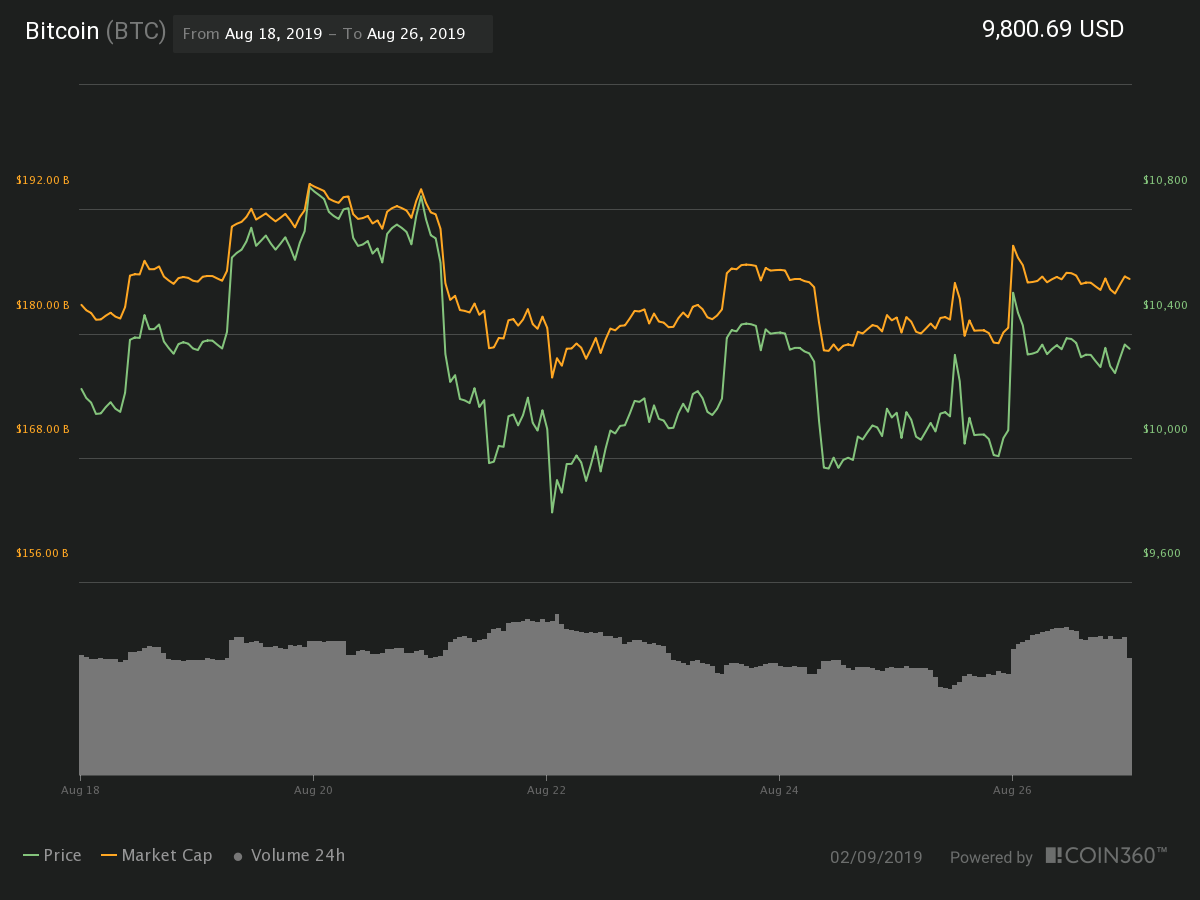 The moves nonetheless countered the downward pressure which had characterized markets last week. A sudden drop took Bitcoin price as low as $9,350 before a modest recovery, which spelled angst among analysts.

According to veteran trader Peter Brandt, meanwhile a leap higher was also a feasible outcome of current behavior.

“Possibility that $BTC has entered fourth parabolic phase,” he tweeted on Sunday in response to findings from Global Macro Investor founder Raoul Pal.

Pal had spelled out the chances for fresh Bitcoin upside more emphatically while presenting a yearly BTC/USD chart.

“If you don’t have any bitcoin $BTC #bitcoin then this looks like the last time to board the rocket ship…,” he told followers. He added:

“I LOVE wedge patterns like this. They have a high probability of success.”

Ether (ETH), the largest altcoin by market cap, gained just 0.7% on the day, rising to marginally over $171. 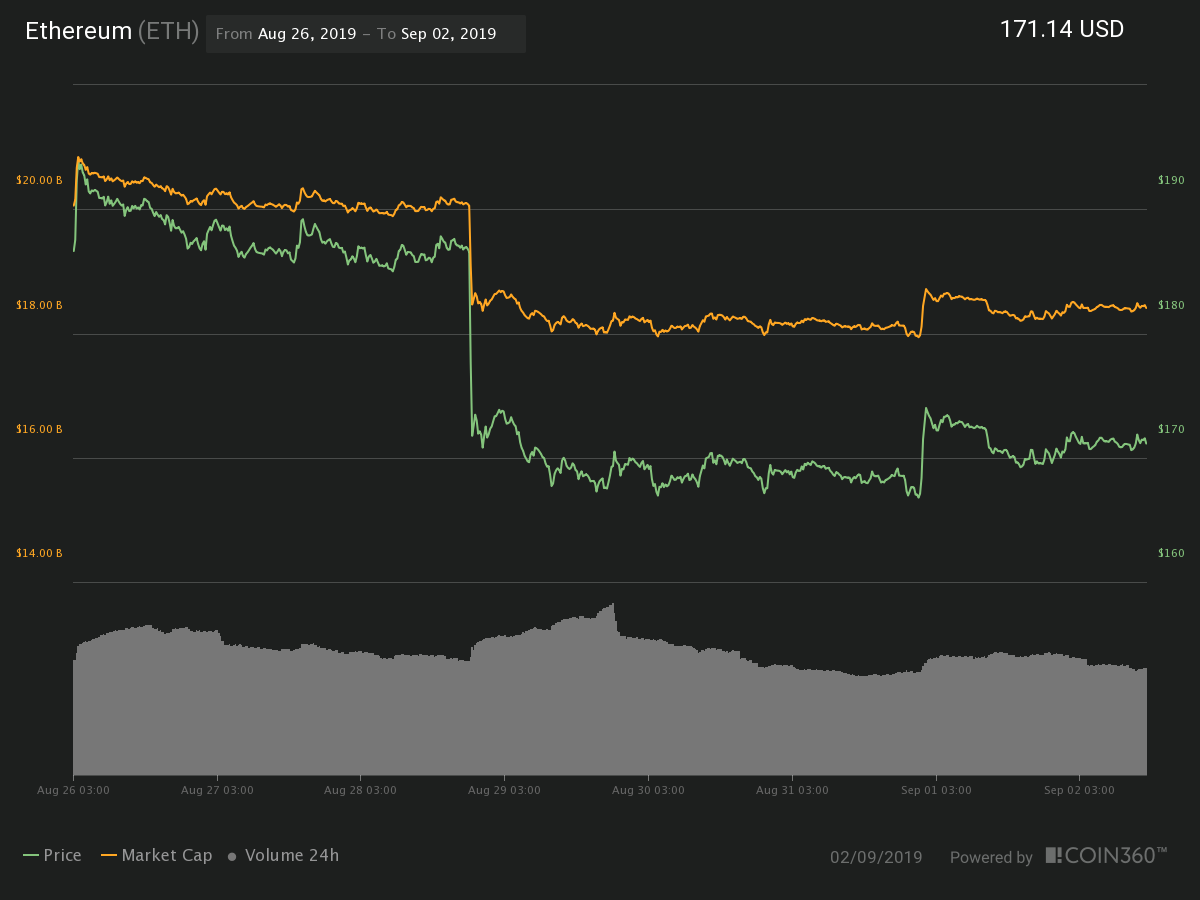 Other tokens in the top ten fared slightly better, with both Bitcoin Cash (BCH) and Bitcoin SV (BSV) achieving closer to 4% daily gains. XRP, by contrast, lost 0.4% to remain under $0.26.

Bitcoin’s growth pushed the overall cryptocurrency market cap back over $250 billion, with BTC’s share accounting for 69.5% of the total.