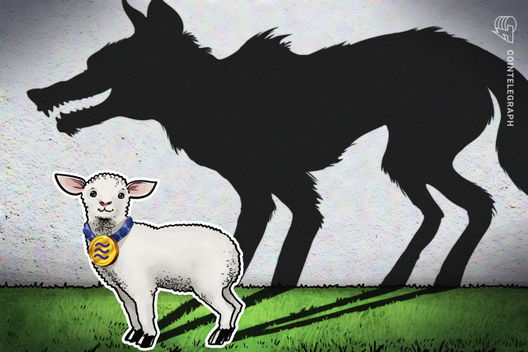 Yves Mersch, European Central Bank’s key legal official, said that Facebook’s Libra stablecoin is “beguiling but treacherous” during a speech at the ECB’s legal conference in Frankfurt on Monday.

Bloomberg reported on Mersch’s remarks in an article published on Sept. 2. Per the report, he said that private currencies have little or no prospect of establishing themselves as viable alternatives to centrally-issued legal tenders.

Mersch: Only central banks can be trusted

He believes that only independent central banks can grant sufficient institutional banking to make a currency reliable and win public trust. He further noted:

“I sincerely hope that the people of Europe will not be tempted to leave behind the safety and soundness of established payment solutions and channels in favor of the beguiling but treacherous promises of Facebook’s siren call.”

Meanwhile, Bank of England governor Mark Carney, on the other hand, has suggested a transformation of the global financial system by replacing the United States dollar with a digital currency similar Facebook’s Libra.

Facebook is reacting to the regulatory pressure by ramping up its lobbying efforts. More precisely, the social media giant recently hired a Washington-based lobbying firm to help it grapple with the negative response to its planned Libra cryptocurrency.