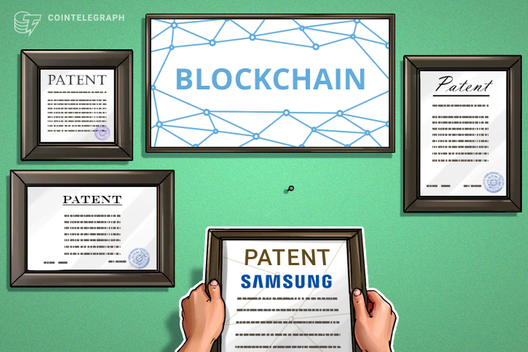 A patent for a blockchain-enabled Solid State Drive was filed by Korean electronics giant Samsung.

Local industry news outlet Decenter reported on Sept. 3 that Samsung applied for the “programmable blockchain solid state drive and switch” patent on Jan. 15 and that it has been published on Feb. 2.

Details of the newly designed system are sparse, but it will reportedly be used to improve the speed and lifespan of blockchain-aware storage devices.

To achieve this objective, Samsung intends to use Field Programmable Gate Arrays (FPGAs). FPGAs are devices which can be placed in between general-purpose processing devices and Application Specific Integrated Circuits (ASICs).

This kind of devices can be programmed to be predisposed to calculate algorithms in a way more efficient than general-purpose computer devices can. But unlike ASICS, they can be reprogrammed to be adapted to different algorithms. Those features made them a more flexible, but less efficient, alternative to ASICS in cryptocurrency mining.

Samsung, one of the biggest producers of electronics in the world, has been integrating ever more blockchain based-features into its mobile devices. Last month, the electronics giant integrated Pundi X’s XWallet app into their Samsung Blockchain Wallet alongside over 30 other cryptos.