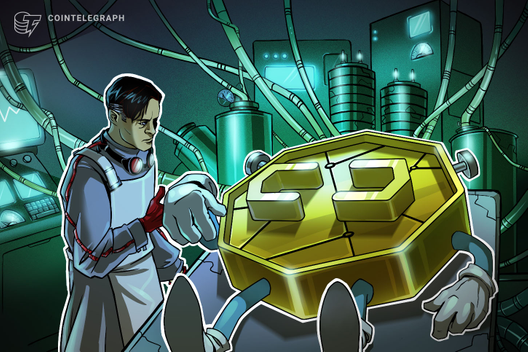 The United States’ National Security Agency is allegedly working to develop a quantum-resistant cryptocurrency, a Bloomberg reporter has claimed.

The claim was made in a tweet by Bloomberg Technology reporter William Turton on Sept. 4, who was in attendance at the Billington CyberSecurity 10th annual summit in Washington D.C.

NSA: North Korea “creative” in its use of cryptocurrency

Turton’s tweet gives only a laconic hint at the agency’s apparent plans, with reference to the quantum-resistant cryptocurrency project confined to an aside. He wrote:

Further details of Neuberger’s presentation was provided in coverage by Microsoft News, in a report focusing on the agency’s battle with ransomware threats posed by a host of geopolitical adversaries — including North Korea, Iran, Russia and China.

Neuberger noted that the NSA has identified 4,000 ransomware attacks daily, noting that this prevalence was a “key concern” for the U.S. 2020 presidential elections.

She said the agency’s newly-established Cybersecurity Directorate, due to start work in October, would focus on mitigating the threat of influence operations by Russia, as well as intellectual property theft and cyberespionage attacks from China.

Neuberger singled out North Korea as being creative in its cyber warfare strategy, pointing to the rogue state’s use of cryptocurrency to compile funds for President Kim Jong-Un’s regime.

Cryptocurrencies have become part and parcel of stealth cyber warfare and global intelligence operations, raising the prospect that any state agency who wins the arms race in developing a quantum-resistant cryptocurrency could secure an appreciable geopolitical edge for its country.

Earlier this month, a leaked confidential report from the United Nations revealed that the U.N. Security Council North Korea sanctions committee believes that North Korean hackers have netted around $2 billion by hacking banks and cryptocurrency exchanges.

The committee claims that hackers form an essential part of the regime’s funding and allegedly raise funds for its WMD (weapons of mass destruction) programs, among other activities.

North Korean hacking group, the Lazarus Group, has achieved particular notoriety for its malign activities, which have affected countries across the world.