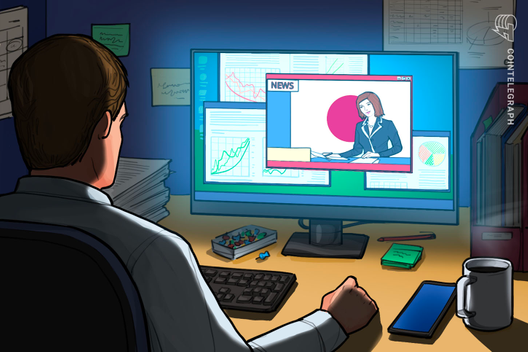 Japan, one of the most important markets for cryptocurrencies, has seen a number of important developments over the past week.

Japan, one of the leading markets for cryptocurrencies, has seen a series of important developments for the cryptocurrency and blockchain industries this week. The country’s financial regulator, the Financial Services Agency (FSA), has licensed crypto-related businesses. Japanese Deputy Prime Minister and Finance Minister Taro Aso noted that regulators need to find new approaches to address emerging technologies like cryptocurrencies and blockchain.

Here is the past week of crypto and blockchain news in review, as originally reported by Cointelegraph Japan.

On Sept. 5, Minister Aso was the keynote speaker at the FINSUM fintech conference in Tokyo. In his speech, Aso said that regulations need to be adapted to keep up with new and emerging technologies. He said that financial authorities must respond quickly to new developments in order to avoid getting left behind. Aso added, “New approaches are important without relying on conventional frameworks and approaches.”

Also speaking at the FINSUM conference, Yoshitaka Kitao, the CEO of Japanese financial services giant SBI Holdings, said he hopes to get regulatory approval for a new self-regulatory body next year. The new organization aims to create standards and practices for security token offerings. Per Kitao, the group will compile a self-regulation proposal by the end of 2019 and aim for certification in April 2020.

Kitao also said that Ripple’s plant to invest $50 million in payments service MoneyGram over the next two years is meaningful for SBI’s business.

A subsidiary of Japanese messaging service LINE, LVC, has received a license to operate as a cryptocurrency exchange from the FSA. The exchange will purportedly support Bitcoin (BTC), Ether (ETH), XRP, Litecoin (LTC) and Bitcoin Cash (BCH). While LINE had launched its BITBOX exchange in Singapore last year, its lack of proper licensure meant that it could not offer services to clients in Japan and the United States.

A special division of the FSA, the Fintech Innovation Hub, released an activity report on the development of blockchain and artificial intelligence technologies. In the report, the regulator stated that Bitcoin’s Lightning Network is developing at a fast pace. The network is a layer-two protocol that aims to speed up transactions and is seen as a solution for the Bitcoin network’s scalability problem.

Among its many findings, the report also noted that regulators and blockchain engineers view privacy on blockchain networks in vastly different ways. The FSA stated that a mechanism should be put in place to promote mutual understanding on this subject.

Yuriko Koike, the Governor of Tokyo prefecture, announced that the city will start a proof-of-concept (PoC) for a municipal digital currency to be issued by March of next year. The PoC will purportedly take place in two locations in the city and will involve awarding digital currency to residents who have made social contributions in environmental conservation and eradicating poverty. A name for the currency is forthcoming.