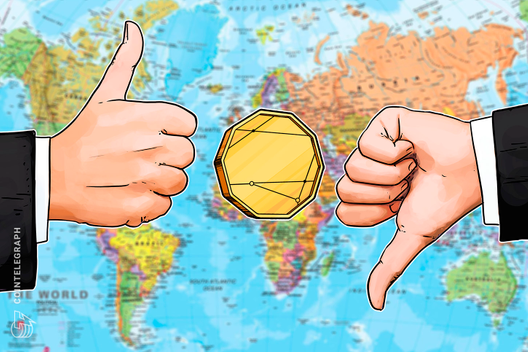 Representatives at interbank payments network provider SWIFT have lambasted cryptocurrencies as being “useless and unstable.”

Interbank payments network provider, the Society for Worldwide Interbank Financial Telecommunications (SWIFT), has dismissed cryptocurrencies as being “useless and unstable.”

An FXStreet report published on Sept. 10 cites unnamed SWIFT representatives at a London briefing earlier this week, who reportedly claimed that:

“They go down in value like a yoyo, they’re useless and unstable. And even if crypto companies do make it] stable, it’s still a basket of currencies.”

At the briefing, representatives reportedly nonetheless conceded the shortcomings of the SWIFT network itself, which connects between roughly 11,000 banks and financial institutions worldwide.

While it processes millions of payments daily, it is held back by significant cost and time efficiencies.

“If you want to send a payment [with SWIFT] from Australia to China after midday, you instantly have a 12-hour delay because of opening hours,” representatives reportedly admitted.

Yet this recognition did not reportedly extend to a sense of the potential threat posed by blockchain-powered alternatives such as Ripple’s xRapid solution, which uses the XRP token to facilitate the instant settlement of money sent in one currency into a destination currency.

SWIFT believes Facebook’s Libra could have impact in short term

One potential rival that SWIFT does recognize is Facebook’s planned stablecoin, Libra, which would be integrated into the social media giant’s three wholly-owned apps — WhatsApp, Messenger and Instagram — bringing its potential exposure to a combined 2.7 billion users each month.

Yet even as regards Libra, the SWIFT representatives anticipated that its impact would be curtailed to the short term.

As reported, Facebook’s ambitious cryptocurrency plans have sparked a range of concerns not only from rivals in the commercial sector, but from citizens, crypto industry figures, governments, regulators and central bankers worldwide.