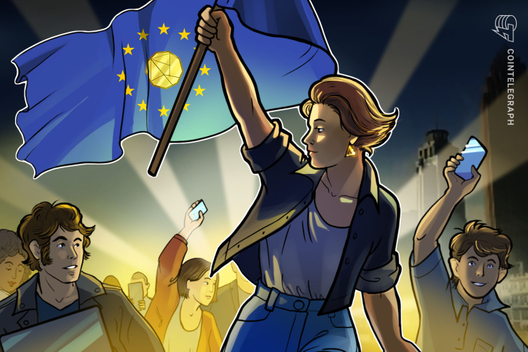 French Finance Minister Bruno Le Maire has said that Europe should consider its own “public digital currency” that could challenge Facebook’s Libra.

French Finance Minister Bruno Le Maire has said that Europe should consider its own “public digital currency” that could challenge Facebook’s Libra.

The Minister’s remarks — the latest in a series of vocal misgivings about the social media giant’s cryptocurrency plans — were reported by Reuters on Sept. 13.

“EuroCoin”?  vs. the tech titan

At a meeting of EU finance ministers in Helsinki, Le Maire told reporters that he would be discussing the issue of a possible European public digital currency with his fellow European ministers next month.

He also reiterated his concerns that the proposed Libra stablecoin could pose risks for consumers, financial stability and even “the sovereignty of European states.”

Le Maire urged the European bloc to push ahead with its work to cut the costs of cross-border payments.

As Reuters notes, real-time payments in the eurozone have been available as of 2017, but the scheme has only drawn participation from roughly half of the bloc’s banks. Moreover, the project currently remains largely implemented for domestic payments.

Aside from these proposals, Le Maire said that the bloc needed to rethink its approach toward regulating cryptocurrencies at an EU level.

Repeating his calls to refuse to authorize Libra’s launch in the European Union, Le Maire argued that the current state of limbo — in which regulators continue to debate whether to regulate cryptocurrencies as securities, payment services or currencies — must be resolved through the creation of a robust and common framework.

Given this legal uncertainty, a spokeswoman for the EU commission reportedly told Reuters that “with the publicly available information on Libra, it is currently not possible to say which exact EU rules would apply.”

As reported just yesterday, Le Maire has forcefully said that lingering concerns about Facebook’s project mean that “in these conditions, we cannot authorize the development of Libra on European soil.”

He has previously said that he would ask for guarantees from Facebook that Libra would not be exploitable for illicit activities and characterized the proposed stablecoin as an “attribute of the sovereignty of the States.”

While many regulatory and legal issues remain to be resolved, the EU’s Fifth Anti-Money Laundering Directive — which came into force in July 2018 — has revised the legal framework with which EU financial watchdogs can mitigate the risks of money laundering and financing of terrorism in the cryptocurrency sector.