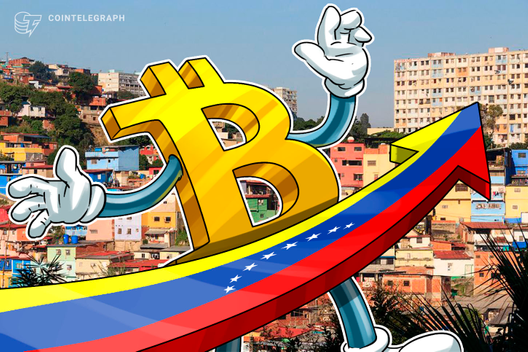 As cryptocurrency news outlet Decrypt reports on Sept. 13, BDV clients have discovered a new section in their online banking account dedicated to cryptocurrencies.

At present, the publication states, the only crypto wallet only caters to Petro, but as the section appears under development, speculation suggests more tokens may follow.

Petro, launched by the Venezuelan government, is notionally pegged to the country’s oil reserves. The subject of criticism from the outset, Petro subsequently faced international sanctions after suspicions arose the government was using it to evade existing restrictions.

As Cointelegrpah reported, Venezuela is becoming increasingly reliant on decentralized cryptocurrencies such as Bitcoin (BTC), as other alternatives prove unreliable.

For the week ending Sept. 7, the most recent period for which data is available, Venezuelans traded over 120 billion VES for Bitcoin.

BDV has yet to issue public comments on its plans, Decrypt adds, which would nonetheless make it the first Venezuelan bank to support cryptocurrency officially.