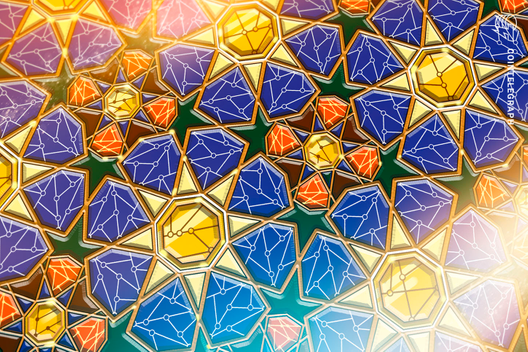 Experts in Islamic finance take on the question: Is Bitcoin Halal or Haram according to Sharia law?

The rise in popularity of Bitcoin (BTC) and other cryptocurrencies has led to the discussion among Islamic scholars about digital currency’s compliance with Islamic canonical law.

Islamic law — known as Sharia — is based on the teachings of the Quran and includes regulations concerning financial activities, asserting them to be either “haram” (illegal) or “halal” (legal). The haram vs. halal crypto debate has been ongoing since Bitcoin’s initial surge in popularity. Google searches for the phrase “Bitcoin halal” peaked in December 2017, when the leading cryptocurrency’s price hit record highs of around $20,000 per coin, while “Bitcoin haram” was queried most in January 2018.

Related: Is Bitcoin Halal? How Cryptocurrency Conforms with Islam and Sharia

Back in April 2018, an Indonesian fintech startup, released a report titled “Is Bitcoin Halal or Haram: A Sharia Analysis,” written by the company’s internal Sharia advisor, concluding that Bitcoin is generally permissible under Sharia law.

A similar idea could be found in “The Shariah Factor in Cryptocurrencies and Tokens,” issued by the Shariyah Review Bureau, licensed by the Central Bank of Bahrain, which stated that digital currencies can be Sharia-compliant “if structured correctly.”

After 10 years of existence, the question of whether or not Bitcoin can in fact be compliant with Sharia law continues to be debated in the industry. To see where we’re at with the debate today, we asked a variety of experts in Sharia law and finance to revisit the question. It should be noted that a lot of experts declined to give comments on such a sensitive topic.

Is Bitcoin Halal or Haram?

In the wave of technological advancement, it is an emerging era of fintech in no exception of cryptocurrency as among the fastest growing and duly appreciated financial chapters, which vibrates the global economy significantly. Ever since 2013, numerous digital currencies have been floating in cyberspace, attracting the global market in maximizing the investment opportunity for all by a smart formula with less afford, minimum banking hassle and almost zero cost, where Bitcoin so far has secured its leading platform. Though not established yet, but a mix-perception haunts the global mind that cryptocurrency is a new dimension to boost the global economy either as an alternative currency or a lead currency or a complementary currency. Nonetheless, the common assumption is that the sustainability of cryptocurrency by its significant growth with utmost appreciation ought to remain irrefutable.

The appreciation of cryptocurrency among Muslims is nothing less — particularly among the youth, who are eagerly looking forward to being involved in cryptocurrency, either through investment or establishment opportunities, dreaming of becoming smart entrepreneurs, and with no worries of depending on the traditional job market.

Yet, there is confusion clouding the mind of whether existing cryptocurrencies are justifiable under the Sharia principles and/or within the divine ethical standard. There are mixed views among Muslims and Islamic scholars, with some rejecting the idea on the grounds of garar (uncertainty) or gash (misappropriation). Some appreciate it on the ground of darurah (necessity) or tahsiniyah (prosperity), while some remain silent and are looking forward to seeing one with Sharia approvals.

To my humble understanding, conceptually the cryptocurrency is not haram. Rather, one shall be adapted and duly appreciated as an avenue for all to prosper the common economy from micro to macro in the global reality by diminishing the dependency on a debt-based economy. However, in reality, the existing phenomena of cryptocurrencies may not be treated as halal unconditionally due to some of their technical issues, operational mechanisms and legal statuses, which are not compliant with Sharia principles and ethical concerns. Among the examples are: the element of garar involved in the receiver, the fund’s movement is with no regulatory standard, insecurity for the investors (users), monopoly by no regulatory standard and no risk plan.

Therefore, to enjoy with a halal cryptocurrency, one shall be designed within the Maqasid al-Shari’ah (divine objectives) and that is: a standard Sharia-compliant regulatory standard, Sharia guidelines and policies, a Sharia supervisory body to oversee every activity within the Maqasid al-Shari’ah, avoiding any element of garar in any aspect of the establishment or operation, establishment of the receiver (company) by maintaining standard account, the operation shall be an asset-backing one with valuable existence, instruments and principles in facilitating the operation shall be justified by the Sharia (al-‘Aqd, al-Ujrah, al-Ju’alah, al-Wakalah, al-Wadiyah, al-Amanah, al-Hewalah, al-Zakat, al-Waqf and al-Tabarru’at) and social responsibility by Zakat (alms), Waqf (endowment) and Tabarru’at (charity) over the income.

This view is also shared by many contemporary Sharia scholars and economists; among them are the views expressed in the recent conference on cryptocurrency held at the Fiqh Academy, Jeddah on Sept. 10, 2019 by Sheikh Mohammed Alabdulraheem (a brilliant Islamic economist, Saudi Arabia) and Abdul Qayom (a leading Sharia scholar at the Islamic University, Madinah). For further reference, there is my recent book, “Halal Cryptocurrency Management,” which provides several solutions for a halal cryptocurrency with industrial reality, and my forthcoming book on Islamic fintech, “Realization and Industrial Solutions,” which is to be published by Palgrave MacMillan & Springer, Switzerland in 2020.

The growing phenomena of cryptocurrency, and in no exception of its halal alternative, may be promising with significant results and the future of a halal cryptocurrency may thus be anticipated to be positioned as at least a complementary currency in maximizing the opportunity as a most convenient currency for all besides enjoying smart investment opportunity and creating sustainable entrepreneuring goals within Maqasid al-Shari’ah.

Regarding the question whether cryptocurrency is halal or not, I’d say that there are currently more than 2,800 active cryptocurrencies in the market. Each of them has different characteristics, so I can’t give a general or blanket ruling on the permissibility or impermissibility of all cryptocurrencies. Some of the Sharia scholars have indeed issued fatwas and Sharia opinions like that. For example, in some countries, religious authorities have issued fatwas on the impermissibility of cryptocurrencies, like Egypt, Palestine and Turkey, and institutions like Darul Uloom Deoband in India. Interestingly, some institutions and Shariah scholars have approved cryptocurrencies, like Jamiatur Rasheed in Pakistan and Daud Bakar in Malaysia. But I’ve generally observed that the approaches taken in this regard are not holistic and deep enough. Sharia scholars need to have a comprehensive understanding and an Islamic legal characterization of cryptocurrencies before issuing any fatwa or forming a Sharia opinion on that matter.

In light of the principles of Islamic jurisprudence, I’d say that first, the term cryptocurrency is a misnomer. They should be called crypto assets because not all crypto assets are currencies; most of them lack some basic features of a currency, such as a store of value, medium of exchange and a unit of account. Hence, a coin is not the only type of crypto assets, there are other types of tokens for other purposes as well. I’ve been promoting this approach for almost three years now at the global level, and I’m happy to see that now many Sharia scholars and religious institutions have started agreeing with me on this approach.

Second, the Sharia compliance of a crypto asset depends on various factors: for example, the nature of the crypto asset itself, its issuance and distribution mechanisms, underlying projects or assets, its usage, etc. Other external factors are also very important in determining the permissibility or impermissibility of such assets. After doing research for a few years, I have created a comprehensive framework and criteria to check whether a crypto asset is Sharia compliant or not. Hence, each crypto asset merits a separate Islamic legal treatment and Sharia ruling.

As I mentioned before, many Sharia scholars have issued mixed fatwas and Sharia rulings based on misconceptions. It’s created confusion among Muslim participants of crypto world. That’s why the reception from this huge segment is not significant. Based on my “Sharia-screening” methodology/criteria, I have checked various crypto assets for their permissibility or otherwise — and facilitated many Muslims in actively participating in this tech revolution. Moving forward, I see that Muslim governments would be more interested in issuing their national currencies in the form of crypto assets. Iran, Saudi Arabia and the UAE are already working on these lines. And, a sound regulatory framework would also support this phenomenon in a positive direction. Eventually, this’ll also lead Sharia scholars toward aligning their fatwas in a better way.

In Islamic finance, deference is given to scholarly consensus on new matters such as cryptocurrency. The closest thing we have for such consensus in Islamic finance is AAOIFI, or the Accounting and Auditing Organization for Islamic Financial Institutions, the leading standard-setting body in the industry. To date, we are not aware of an opinion from them regarding the permissibility of cryptocurrencies.