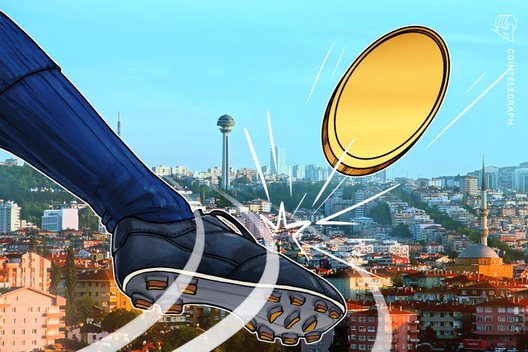 Socios announces in a press release published on Sept. 16 that as a result of the partnership, The Lions (Aslanlar) — the only Turkish club to have won a major UEFA competition — will release its fan tokens on its platform.

Furthermore, the team will also be present on the firm’s blockchain-based, influence and rewards mobile app for football fans. These fan tokens will allow fans to vote in club-delegated polls, taking part in deciding on topics that the club will put up for fan vote.

Polls are expected to concern things such as “new official product designs, matchday activities and in-stadium experiences, as well as sponsorship campaigns and collaborations and social media content.”

The number of tokens held by a fan determines the value of their votes.

Also, the more fans interact with the team, the more “rewards they can earn, competing for club-specific once-in-a-lifetime experiences and enjoying exclusive rights.”

The company also promises that in the future fans will be able to access exclusive leaderboards, games and merchandise.

The token will be sold through Socios.com, in Q1 2020 through a process the company calls as a Fan Token Offering. Galatasaray Spor Kulübü board member Dorukhan Acar commented on the development, saying:

“As Galatasaray, we are very pleased to join forces with Socios.com and start an exciting journey. This new partnership opens a world of new opportunities for us with respect to our fan engagement and global reach as well as being another milestone in our digital transformation strategy.”

The company says that other big-name football clubs including Paris Saint-Germain, Juventus, West Ham United, AS Roma and Atlético de Madrid have joined the Socios platform.

As Cointelegraph reported in May, Chiliz — the sports blockchain company behind Socios — has announced a strategic partnership with Binance Chain, the mainnet of major cryptocurrency exchange Binance.