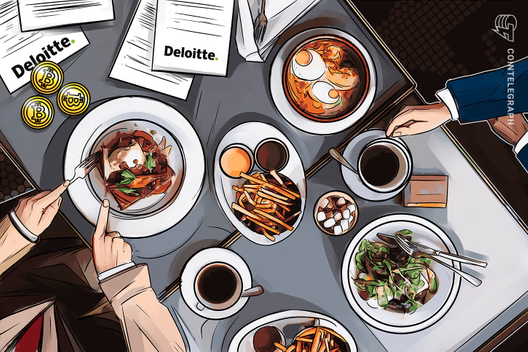 Employees of Big Four auditing firm Deloitte can now pay for food in the cantine using a mobile Bitcoin wallet.

Big Four auditing firm Deloitte is now allowing its staff to pay for food in the cantine using a mobile Bitcoin (BTC) wallet.

English-language local news outlet Luxembourg Times reported on Sept. 17 that Deloitte is testing Bitcoin among its employees to “see how the audit giant could use the cryptocurrency.”

Partner at the advisory arm of the company Laurent Collet commented on the project:

“We think it’s good to have our employees assess this new technology.”

Only an internal test

That said, Collet also noted that there are no plans to allow clients to pay in Bitcoin in the near future. Worth noting, PwC Luxembourg, another Big Four firm, will start accepting Bitcoin payments from Oct. 1.

Collet explained that Deloitte’s priority is to use blockchain in its fund management activities to process transactions, not making payments in Bitcoin. The reason being that moving funds would speed up the process, make audits easier while removing middlemen. He concluded:

“This is where we focus our attention right now in linking this new technology with the needs of the Luxembourg industry.”

As Cointelegraph reported yesterday, an economist from the Bank for International Settlements has also proposed new ways of supervising financial risks through distributed ledger technology.