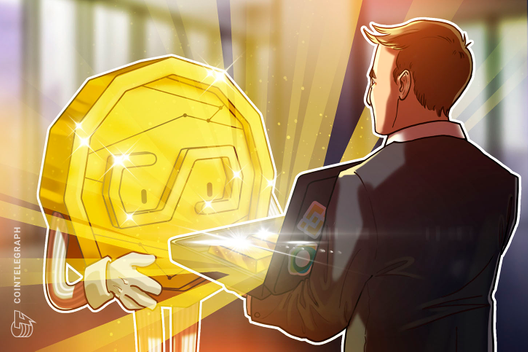 Over the course of the past few weeks, the global cryptocurrency community bore witness to two major announcements related to stablecoins — with the first being the launch of Paxos’s gold-backed Ethereum token, PAX Gold (PAXG), and the other being the release of Binance’s cryptocoin backed by the United States dollar (BUSD).

Paxos, a global digital asset trust firm, announced the launch of its PAXG token via a press release a few days back. In the document, the firm claims that its product is the world’s first crypto asset to be fully redeemable in exchange for physical gold. Not only that, but the stablecoin has also received a regulatory nod of approval from the New York State Department of Financial Services (NYDFS), with the government body referring to PAXG as the first gold-backed digital currency to become eligible for trading in the state of New York.

Additionally, each PAXG token is backed by 1 fine troy ounce of London Good Delivery gold that has been stocked across discreet vaults spread out around London. If that wasn’t enough, token owners are provided with complete control of the gold that is associated with their holdings and have the option of moving their tokens like any other ERC-20-based crypto, thereby making it significantly easier for people to trade physical gold without having to bother about the logistics. Elaborating further on the utility of PAXG, Dorothy Chang, Paxos’ vice president of marketing and communications, told Cointelegraph:

“PAX Gold stands out because we uniquely have deep experience in both the traditional gold market as well as in asset tokenization. In the traditional gold market, we have a suite of products that have been used by the legacy gold trading markets. For example, our Confirmation Service has been used to confirm over 500k gold trades worth over $1T. Being this ingrained in the gold market has enabled us to draw on our relationships with leaders in the space — like Brink’s and INTL FCStone — to develop the operational infrastructure to make PAX Gold available and redeemable for physical gold.”

On the topic of whether the market has seen offerings similar to PAXG in the past, Cointelegraph reached out to Andy Hoffman, the founder of CryptoGoldCentral — a professional cryptocurrency consulting firm that provides altcoin enthusiasts and developers with strategies on how to market existing cryptocurrencies as well as those that have yet to be launched.

He pointed out that while an exact analogous product has not been seen in the market before, PAXG essentially resembles a gold exchange-traded fund (ETF) — such as the HSBC-backed GLD ETF — that carries with it a host of tangible financial risks.

Additionally, Hoffman also highlighted that, having previously spent over six years working as the marketing director of Miles Franklin (a major bullion dealer that manages gold, silver and platinum deposits with Brinks and the Dakota Depository), he couldn’t foresee investors flocking to PAXG:

“Can’t see why anyone who wanted to exposure to REAL gold would use Paxos, rather than Miles Franklin or even GLD ETF.”

So, what makes PAXG unique?

As mentioned previously, PAXG is an ERC-20 token that has been built on the Ethereum blockchain and is backed by physical gold, meaning it can be traded and moved anywhere around the globe with the touch of a button. Not only that, but the token also allows gold enthusiasts to own a fraction of LBMA-accredited London Good Delivery gold bars.

Paxos is regulated by the NYDFS and its associated PAXG token is one of just three crypto offerings to have received the regulator’s seal of approval. In this regard, other key facets related to PAXG that are worth highlighting include:

Last week, Binance announced that it was entering into a partnership with Paxos in order to launch a USD-backed stablecoin called the BUSD. The digital currency follows in the footsteps of other stablecoins — such as TrueUSD (TUSD), USDCoin (USDC) and Gemini Dollar (GUSD) — and along with PAXG, it is one of the three Paxos created digital currencies to have received a regulatory green light from the NYDFS, with the other one being Paxos Standard (PAX).

On the subject, Chang told Cointelegraph that by gaining approval from the NYDFS for the BUSD stablecoin, Binance was helping to stabilize the global crypto market. She then went on to say:

“Paxos will be the issuer and custodian of all BUSD tokens. With BUSD, there will be monthly audits and every customer acquiring BUSD through Paxos or Binance will go through our KYC/AML compliance process. We believe that with Binance’s network reach and our trusted, regulated service, we will be able to make a huge impact on the crypto markets. This is an exciting step towards bringing more stability to crypto.”

From a technical standpoint, BUSD will be made available for purchase at a ratio of one-to-one ratio with the U.S. dollar. Additionally, trades against Bitcoin (BTC) can be facilitated via Paxos’s native exchange platform, while those against Binance Coin (BNB) and XRP can be initiated on Binance.com.

Related: Binance to Launch US Platform Soon, Helped by a Little-Known Partner

Lastly, the launch of these crypto offerings suggests that regulatory agencies around the globe might finally be warming up to the idea of digital currencies and the potential they have to offer. On the subject, Hoffman added:

“There are many new stablecoins now — and the fact that they are being regulatorily approved, generally speaking, speaks volumes towards the fact that governments are (begrudgingly) starting to accept the fact that crypto is here to stay — both in the U.S. and globally. The Bakkt futures exchange is one such example, as well as last week’s acceptance of the VanEck/SolidX ETF for 144a investors…and I absolutely expect a broad ETF approval for all investors in the near-term.”

He also believes that the digital age is finally upon us and that by this time next year, investors should not be surprised to see Bitcoin’s hash rate and price scale up to new all-time highs.

What’s the deal with stablecoins? What advantages do they offer?

Most crypto enthusiasts are probably well aware of the volatility that the digital asset market witnesses on a near-daily basis. In this regard, stablecoins can essentially be thought of as crypto offerings whose prices are measured in fiat and have their value pegged to real-world assets such as the U.S. dollar, the euro, yuan or even other commodities such as oil, gold, silver and so on.

Related: Digital Yuan: Weapon in US Trade War or Attempt to Manipulate Bitcoin?

Also, like many other digital tokens, stablecoins also make use of blockchain technology and are usually decentralized in nature, meaning that they cannot be controlled by a centralized government agency or institution.

Talking about the advantages of PAXG, Chang pointed out that by tokenizing gold, it will become easy for investors to acquire the precious yellow metal without having to physically store it. She further elaborated:

“By putting gold on the blockchain and tokenizing it, we’re making it easier to trade, divide and leverage gold against other investments. We’re making PAX Gold as easy to own and trade as Bitcoin. We are also democratizing investment in gold as there is no minimum investment in PAX Gold and it can be sent anywhere in the world, 24/7.”