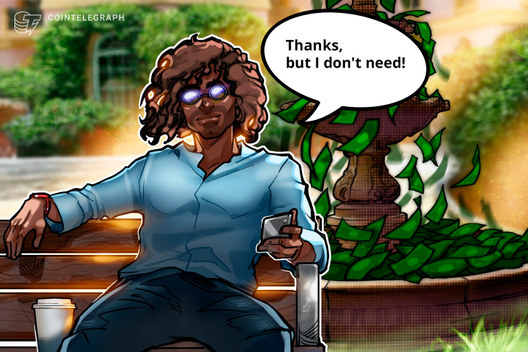 Keith Mali Chung — co-founder and president of African blockchain firm Loopblock Network — has returned almost $80,000 worth of Bitcoin mistakenly sent to his wallet.

Keith Mali Chung — the co-founder and president of African blockchain firm Loopblock Network — has returned almost $80,000 worth of Bitcoin (BTC) mistakenly sent to his wallet.

Chung — who goes by the Twitter handle of “Bitcoin Keith (The African Bitcoin Bull)” — tweeted about the incident on Sept. 12:

“I received huge sum of BTC from an unknown sender and it’s definitely a mistake from someone I must have had transaction with before, Kindly DM me time of transaction, your adress and exact digits sent..

In a further update on Sept. 13, Chung revealed that the exact sum of apparently accidentally transferred Bitcoin was 7.8 BTC — worth $79,482 to press time. He also indicated that the sender who remains anonymous had responded to his request, meaning he was able to return the funds. He explained:

“In Africa, which is where I am situated, 80% we transact Cryptos through WhatsApp escrows and someone who himself and I had business in the past made this huge mistake of sending 7.8BTC into my blockchain wallet. I spread the words round & he reached out.”

Chung’s actions earned him significant social media acclaim and even the moniker of “African/Nigerian good samaritan” on crypto Twitter. Had he failed to identify the sender, he had pledged to donate the accidentally-gotten proceeds to Binance, which organizes a series of philanthropic projects via its charity arm, Binance Charity.

Blockchain adoption on the continent

A Cointelegraph analysis piece earlier this week covered recent developments in Nigeria’s blockchain sector, where lawmakers are increasingly recognizing the benefits of trustless and decentralized protocols for improving transparency in local institutions and governance.

Solomon Adaelu, a member of Nigeria’s House of Representatives, argued this July that Nigeria should take the lead in driving adoption of the technology continent-wide, saying: