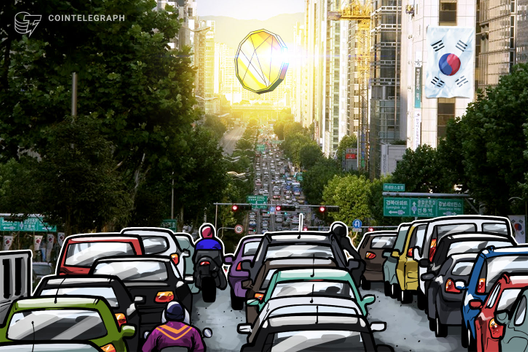 As Cointelegraph Korea reported on Sept. 19, the LKP’s stance appears to be more radical and pro-innovation than that of the current government, notably in its support for the authorization of tokenized securities.

The LKP is scheduled to hold a “People’s Report Meeting” at the National Assembly building in Seoul, on Sept. 22, where the party will unveil its final “2020 Economic Transformation” plan.

The LKP’s Kim Gwang-Lim — a sitting member of the National Assembly’s Strategy and Finance Committee — has revealed that the report was finalized following three months’ work by senior LKP members together with 90 civilian experts from diverse fields.

This public-private consultation has culminated in a policy to boost Korea’s cryptocurrency industry as part of a Fourth Industrial Revolution “Digital Finance Korea” initiative.

As Cointelegraph Korea notes, such a stance aligns with positions currently under consideration in the United States and Japan, where lawmakers are looking to accelerate the institutionalization of the asset class by bringing it under an existing securities regulatory framework.

The KLP’s proposal goes yet further in arguing that cryptocurrency exchanges could function as a competitive counterpart to the legacy Korea Exchange, by offering 24/7 liquidity for alternative investment financial products such as security tokens.

Cointelegraph Korea reports that the KLP seeks to mitigate current regulatory uncertainty and act on the advice of private-sector experts, who have argued that the cryptocurrency industry should be legalized under the premise of investor protection.

Given the speed of the new sector’s development, legal experts have meanwhile advised that the “government should flexibly discipline or prepare only minimum laws and systems according to existing laws such as capital market laws rather than legislate hastily.”

As regards domestic crypto exchanges, the KLP is advocating a policy that would strengthen international cooperation systems to mitigate risks such as money laundering.

Noting the recent announcement from Korea’s Financial Services Commission that it plans to bring crypto exchanges under its direct regulation, some observers have argued that opposition and government positions may ultimately converge.