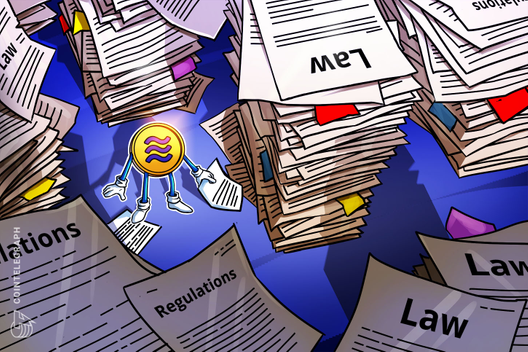 The governor of the Bank of Japan has said that international cooperation is of paramount importance when it comes to regulating stablecoins such as Facebook’s Libra token.

The governor of the Bank of Japan has said that international cooperation is of paramount importance when it comes to regulating digital currencies such as Facebook’s planned Libra token.

Reuters reports that in a speech before business leaders in Osaka on Sept. 23, Haruhiko Kuroda urged policymakers to ensure that the highest level of regulation is applied to such assets, arguing that:

“If Libra is introduced, it could have a huge impact on society”

This July, Japanese authorities had set up a liaison conference — involving the Bank of Japan, the Ministry of Finance and the Financial Services Agency — to investigate the prospective impact of Libra on monetary policy and financial stability.

The initiative to form the conference was taken ahead of a meeting of the G7 finance ministers in Chantilly, France, on 17-18 July.

European finance ministers have this month hardened their stance towards Libra, with German Vice-Chancellor and Finance Minister Olaf Scholz recently declaring that the government would clearly have to reject any form of parallel currency.

French Finance Minister Bruno Le Maire had previously said that his country cannot permit the launch of Facebook’s proposed cryptocurrency in Europe because the “monetary sovereignty of states is at stake.”

David Marcus, head of Calibra, has attempted to quell lawmakers’ concerns by arguing that Libra is not intended as a new currency but rather as a “better payment network and system running on top of existing currencies.” He has argued that money creation will thus “strictly remain the province of sovereign Nations.”

In the United States, Facebook CEO Mark Zuckerberg wined and dined senators last week to address concerns about the tech giant’s handling of privacy and other internet regulatory matters, including Libra.