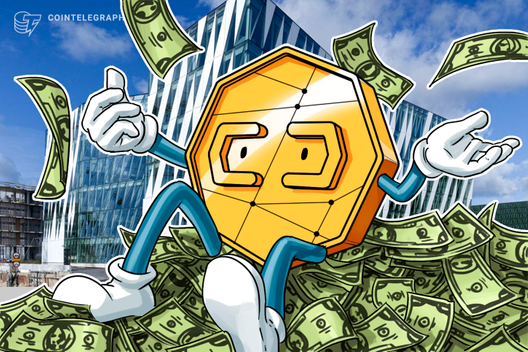 Peter Wuffli, the former CEO of Switzerland’s largest bank UBS and director at Swiss crypto bank Sygnum, wants to tap the “$220 billion market of institutions and private individuals who already own cryptocurrencies.”

Local news outlet SwissInfo reported on Sept. 26 that Wuffli has shown excitement concerning the potential of crypto assets. In an interview, he told the outlet:

“The most immediate opportunity is the existing $220 billion market of institutions and private individuals who already own cryptocurrencies. Thousands of clients have contacted us for a one-stop-shop for asset custody, loans and trading cryptocurrencies seamlessly with fiat currencies.”

Asset tokenization is the next frontier

Wuffli noted that he believes the tokenization of assets such as company shares, real estate, art or commodities is the next frontier in the industry. However, he also admits that there are still many unanswered questions, and many of them are regulatory in nature.

Wuffli also praised the potential of Distributed Ledger Technology (DLT), pointing out the opportunity he sees in securitizing shares and building smart contract-based share registers. He foresees such a system providing a great deal of simplification:

“You can do away with spreadsheets and combining systems to pay dividends, do capital increases and trade on the secondary market. And trading could take place without long settlement times and counterparty risk.”

Yes to DLT, no to corporate currencies

Still, he claimed that — on a deeper, philosophical level — DLT is about market democratization. He said that he believes that “the longer-term potential is to create a more open, broader and easier cross-border access to assets.”

Still, he also voiced a skeptical stance towards Facebook’s Libra stablecoin. While Wuffli admitted that he does not know about Facebook’s plans in detail and that he cannot really comment on the project, he voiced concern over the idea of corporate currencies in general. He adds that nation-states will not allow such assets to threaten their monopoly on currencies, saying:

“However, I do believe that the regulation of financial services and control over currencies are essential tasks of the state and that currencies cannot be decoupled from sovereign states. As soon as someone tries to challenge the sovereign monopoly on currencies they will not allow it, and for good reason. Besides, I don’t think people will treat private currencies like that without the power of a country and a political system behind it.”

“One thing missing from my CV is that I have never been involved in the creation of a new bank. I am a curious person and I love new things, it’s energizing.”