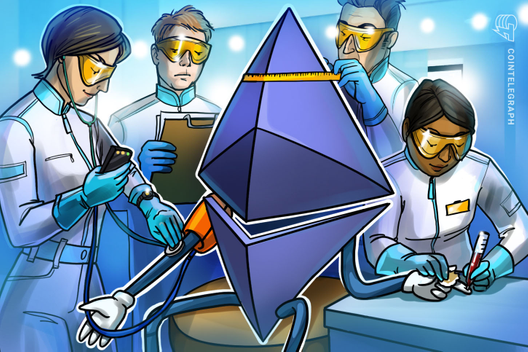 The highest gas-guzzling Ethereum contract in the industry, dubbed FairWin, is allegedly putting user funds at risk and continues to guzzle a major amount of gas on the network.

The biggest Ethereum contract in the industry, dubbed FairWin, is allegedly putting user funds at risk and continues to guzzle a major amount of gas on the network.

Multiple crypto social media users have been analyzing what they believe to be the fastest-growing Ponzi scheme on Ethereum. On Sept. 27, blockchain developer Philippe Castonguay warned:

“The http://FairWin.me Ponzi Scheme contains critical vulnerabilities that put all funds at risk. Spread knowledge (especially in Asia) Users need to withdraw their funds and stop interacting with the contract ASAP.”

A detailed Dune dashboard has been collated by security and anti-phishing researcher Harry Denley at Meta Cartel Ventures, giving an overview of the contract and its creators’ exploits.

Denley notes that “the FairWin contract is a suspected Ponzi HYIP scheme, which holds a significant amount of ETH in it.”

His dashboard provides a link to a Reddit thread collecting details of 6 Ether (ETH) wallets that are allegedly accounting for high percentage levels — fluctuating around 50% — of network gas used and that are all purportedly spamming deposits to the same contract address.

One of the biggest-ever scams on Ethereum, users claim

A detailed allegation from Reddit contributor chutiyabehenchod on Sept. 20 outlined that FairWin is purportedly mainly shared on Chinese social media and blogs, and works as a 5-day period high yield investment program whereby users allegedly deposit 1-15 ETH and get a percentage return of 0.5-1% after 5 days. The post continues:

“It’s decentralized, however only 70% of the amounts deposited actually go back to pay the commissions of the older deposits. […] 30% is always taken! Once the account is dried out those that entered last will be punished by losing absolutely everything… likely some of them will be reinvestments. Currently with 40k ETH, 12k are already for the unknown scammers.”

The post concludes with the claim that FairWin could “be one of the biggest scams ever seen in Ethereum.”

Community members have further claimed that the contract is purportedly susceptible to being “drained by the owners,” with one commentator alleging “there is a separate attack black hats can do if the owners don’t stop it (by draining it themselves).”

Rather than just gas-guzzling suspected Ponzis, some have attributed the uptick in network usage to stablecoin Tether (USDT), which has shifted its reliance from Bitcoin via the Omni Layer to the Ethereum blockchain.