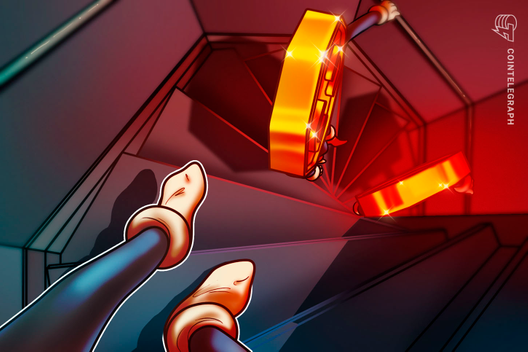 Technical analysts anticipate Bitcoin’s price to recover in the short term in a relief rally following a minor rebound to $8,200.

Subsequent to the recovery of the Bitcoin price (BTC) movement from $7,700 to around $8,200 in the past 24 hours, technical analysts anticipate Bitcoin and other major crypto assets to recover in the short term.

Speaking to Cointelegraph, crypto trader Nick Cote said that there are plenty of times when the price history was at $7,600, which is likely to hold as a level of strong support for traders in the upcoming days. Technical analysts remain divided on the Bitcoin price trend and the rest of the crypto market, but most generally agree that there is strong demand to buy BTC in the mid-$6,000 to $7,000 region.

On Sept. 28, the Bitcoin price critically recovered beyond $8,200 across major crypto trading platforms — including BitMEX and Coinbase — preventing a further drop to the low $7,000 region.

As said by Josh Rager, a crypto technical analyst, the breakdown of key support levels at mid-$7,000 is likely to result in BTC spiraling down to the $6,100 to $6,500 range, which has seen lots of price actions in the months prior. Rager said:

“IMO, the best and wisest move is to continue to scale in at major support areas While many are now targeting $6,100 to $6,500 as the ‘bottom’ — I can certainly see this level be front-run like every other major target this year. Another potential opportunity to get <$8k $BTC.”

The Bitcoin price recovery to reclaim $8,000 as support was important to avoid a steep pullback down to the low $7,000 region and potentially the mid-$6,000 area.

According to Rager, the sell-off of Bitcoin in recent weeks was triggered by holders of newly acquired BTC, indicating that investors with a long-term thesis, known as “hodlers,” did not capitulate as a cascade of long contract liquidations on BitMEX, which intensified the downward movement.

Any positives to take from the price action?

According to Cote, Bitcoin’s price could tag the $7,600 level and initiate an upside movement afterward. Considering that $7,700 has also historically been a level of strong price action and support, as traders such as Scott Melker at Texas West emphasized, it is possible that the $7,700 level is acting as a short-term bottom for BTC, at least for awhile. Cote went on to add:

“I think the price will tag the $7,600 level. Plenty of price history there, serving both as resistance and support prior. I’d expect a bullish reaction at that level back up to the break down point of where we are consolidating currently.”

In the medium to long term, most traders and technical analysts — despite the bearish short-term price movement — remain optimistic due to strong fundamentals. In mid-2020, BTC is expected to go through a mechanism called a block reward halving that would cut the rate in which new BTC is created by miners by half, reducing the circulating supply of BTC across exchanges and over-the-counter (OTC) desks. Cote said:

“I see price beginning to rally hard to new highs post having, but I expect this shake out to complete, followed by a grind back up to the previous consolidation levels that we broke down from earlier this week. My focus remains on the having next year, more so then this quarter.”

While the block reward halving may be priced into the market — as it occurs every four years until the fixed supply of BTC at 21 million is met — reports from investment firms like Grayscale indicate that the halving is still not known by the broader market of investors. This year, a Litecoin (LTC) halving took place, which some believe acted as a rehearsal for BTC.

Most investors Grayscale interviewed, which oversees nearly $2 billion in assets under management, said that they were not aware of the halving, suggesting that it could still have a major impact on the medium to long term price trend of BTC. A report from Grayscale reads:

“The halving is close enough that it’s time to start talking about it more seriously, but far enough out in the future that it’s unclear whether it’s priced into the market efficiently. In fact, based on anecdotal conversations with market participants, we were surprised to learn that many of them were not even aware of this event.”

Hash rate is considered to be an important fundamental factor of the long-term growth and stability of a blockchain network, as it demonstrates the amount of computing power that secures it. Samson Mow, the chief strategy officer of blockchain company Blockstream, said that it is difficult to say if the hash rate of Bitcoin actually dropped by 30%, given its swift recovery after the drop.

Mow noted that when it comes to measuring the hash rate, only changes in an extended time frame can be considered meaningful. “Only prolonged hashrate changes over statistically significant time periods — maybe two weeks — have meaning,” he said.

Jameson Lopp, the chief technology officer at a crypto key security firm CasaHODL, also said that the hash rate appears to not have actually dropped 30%, supporting Mow’s explanation. “It appears not, it was just regular random fluctuations in block times. The longer time period over which you estimate hash rate, the more accurate your estimate is likely to be… and vice versa,” he added.

With the drop in the hash rate being explained as a minor blip and not at any capacity a major factor to change the course of the trend of BTC, a relief rally for the dominant cryptocurrency is a strong possibility in the near term.

Most likely scenario and the worst-case scenario

Bitcoin’s price dropped violently below the $9,000 after a support level of $9,650 was weakened, as it was tested more than six times over the past few months, creating a weaker base for BTC to turn around and reverse the downtrend.

The most likely scenario for BTC — based on key technical indicators like the 200-day moving average convergence divergence and the Relative Strength Index on larger time frames — is that BTC will see a relief rally as a result of extreme conditions and will eventually test lower-level supports in the coming weeks. Crypto trader Scott Melker opined on Twitter, “There aren’t many clear levels on the monthly chart, but price bottomed out (thus far) exactly on one of them — $7,777.”

Strong lower-level supports are found between $6,100 and $7,700, and as Melker said, $7,700 was the first major support to be tested in months. A cryptocurrency trader known as DonAlt said:

“A range of 100 days just broke to the downside. If this is a bullish shakeout it’ll be obvious once BTC reclaims $10k. If this is bearish I don’t want to be long. Buying this feels like buying $5500 after the $6000 break. Something I’m not willing to do.”

In consideration of the weakened momentum of BTC, technical analysts generally anticipate a scenario in which BTC sees a relief rally to the $9,000 resistance level, which used to act as a strong support, and falling to test lower-level supports by October as the most likely.

Whatever happened to Bakkt?

Throughout 2019, traders and investors highly anticipated the launch of Bakkt, a Bitcoin futures market operated by ICE, the parent company of the New York Stock Exchange, and its potential effect on the price trend of BTC.

However, upon its launch, Bakkt saw minimal volume from investors — certainly not proportionate to the hype it has carried since early 2019. Su Zhu, the CEO of Three Arrows Capital, said that it would take time for brokers and investors to set up systems to process trades through Bakkt and that he expects the volume of Bakkt to increase in the months to come. He added in a conversation with Cointelegraph:

“Bakkt will be likely first a trickle and then a flood. The reality is that most regulated futures contracts get low adoption on day1 simply b/c not all futures brokers are ready to clear it, many ppl want to wait and see, the tickers are not even populated on risk systems, etc.”

Like the CME futures market eventually evolved into a large component in the global Bitcoin market as it established itself as a regulated platform for accredited and institutional investors, Bakkt is expected to see an increase in volume down the line.

Whether an increase in the concentration of the global Bitcoin volume to futures markets would be beneficial to the long-term price trend of BTC remains to be seen. So far, BTC has shown dependence on the CME Bitcoin futures market when it comes to short-term price movements, with expirations of futures contracts often coinciding with a relief rally for BTC.