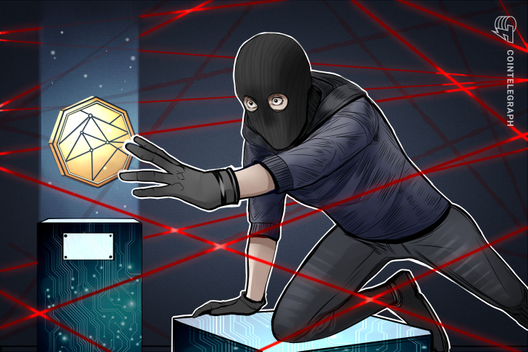 Algo Capital ex-CTO Pablo Yabo publishes a statement in the wake of a major security breach of a hot wallet under his personal management.

The now-former chief technical officer (CTO) of Algo Capital, the investment arm of blockchain firm Algorand, has published a statement in the wake of a major security breach of an Algo hot wallet under his personal management.

As Cointelegraph recently reported, Algo Capital CTO Pablo Yabo’s cellphone was compromised by hackers, leading to the theft of roughly $1–2 million in Tether (USDT) and Algorand (ALGO) tokens from an Algo hot wallet.

In his statement, Yabo wrote that the incident had provoked considerable reflection on his part, adding:

“The state of the ecosystem and the difficulties to secure and operate funds while doing it in a versatile manner. It is still very complicated to secure funds for institutions that need them readily available. Until this interface problem is not solved, the global adoption of this technology by businesses will not happen.”

Yabo noted that the hackers’ operation was extremely swift, with them reportedly accessing a sensitive file within minutes, transferring the crypto funds into numerous accounts and then dispersing the ill-gotten coins to various exchanges.

Saying he takes full responsibility for the breach, Yabo has revealed that he will be personally covering most of the stolen funds, with the rest to be covered by Algo Capital General Partners.

Having resigned as CTO, Yabo said that he would focus his time on developing secure frameworks at Rand Labs, a team specializing in technology development for the Algorand ecosystem, including wallets, multisig accounts and block explorer tools.

This August, Algo Capital has raised $200 million for its venture capital fund which will be focused on businesses that build infrastructure for the Algorand blockchain. Based on Byzantine Agreement message-passing protocol, the network is an open source public ledger and cryptocurrency payment system.

At press time, Algorand (ALGO) is ranked 18th largest cryptocurrency by its market capitalization and trading stably on the day. The token is down 14.1% on the week, according to Coin360 data.