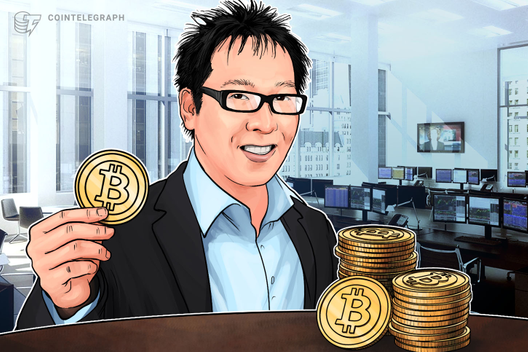 Well-known BTC proponent Samson Mow believes that off-chain scaling will take the pressure off Bitcoin’s blockchain in the coming years.

The chief strategy officer at Bitcoin (BTC) technology firm Blockstream has said that the current block size capacity may not even be needed in the future.

Speaking in an interview with industry news outlet Decrypt on Oct. 6, Samson Mow stated that as off-chain scaling solutions such as the Lightning Network (LN) progress, Bitcoin will need less on-chain capacity.

According to Mow, Bitcoin now has the equivalent of 4-megabyte blocks if transactions which use Segregated Witness technology are included. The future will show, however, “that the current block size may actually be ‘too big,’” he noted.

Mow’s comments are in stark contrast with the often quoted narrative among commentators who worry that Bitcoin’s network capacity will fail to deal with future increases in demand.

Blocks are currently around 1 megabyte in size. Off-chain transactions do not contribute to network load by filling them up, and hence the technology which allows them is seeing considerable development.

For Mow, the LN represents the most likely winner. The protocol allows almost instant off-chain Bitcoin transactions which can cost just 1 satoshi ($0.00007944 at press time). Its popularity remains limited due to its experimental nature and lack of user-friendly interface, but adoption must continue in order to advance the LN’s status. Mow explained:

“Lightning has to grow organically, there’s no real way to jumpstart it artificially. People need to open up channels, lock up Bitcoins and start connecting with other nodes.”

Earlier in 2019, the Lightning Torch transaction relay has significantly increased the profile of both the technology and Bitcoin itself, with participants including Twitter CEO Jack Dorsey.