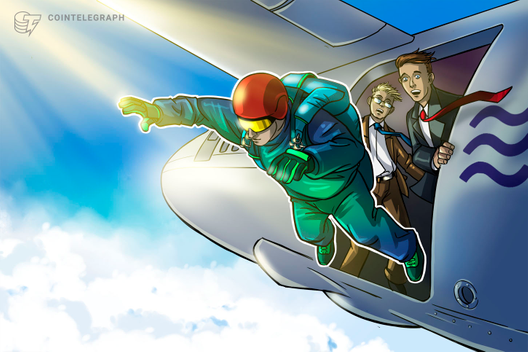 Simon Morris, the head of product at the Libra Association, has left the project within five months of joining, according to his LinkedIn profile.

Simon Morris, the head of product at the Libra Association, has left the project within five months of joining, according to his LinkedIn profile accessed on Oct. 9.

The Switzerland-registered Libra Association is a not-for-profit membership organization established to govern the network for Facebook’s planned stablecoin Libra.

Morris’s LinkedIn page indicates that he left the Association in August — roughly two months after the social media giant announced its Libra plans.

Prior to his work on Libra, Morris was a BitTorrent veteran, working there for almost 9 years across multiple roles until 2016, followed by a second stint in 2017–18 to oversee the design and development of a cryptocurrency project to be integrated into the BitTorrent protocol. Morris’s profile continues:

“The work led directly to acquisition discussions which culminated in the acquisition of BitTorrent by TRON in May 2018. The crypto project lives on and is being brought to market under the name ‘Project Atlas.’”

On Oct. 4, PayPal, one of the Association’s major backers, pulled out of participation altogether citing worries that its own reputation might suffer.

“We remain supportive of Libra’s aspirations and look forward to continued dialogue on ways to work together in the future,” a PayPal representative told Cointelegraph at the time.

Libra has notably faced a major backlash from regulators worldwide since its unveiling in June.