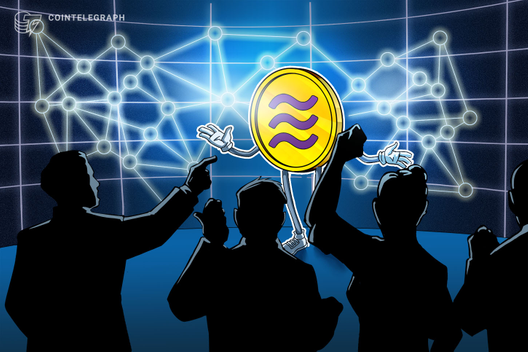 Recent departures including Paypal and Visa does not mean Facebook’s Libra currency project is over, reassured Calibra head, David Marcus.

Head of Facebook’s Calibra claimed that the recent withdrawal of the seven firms from the Libra Association has no impact on the project.

Dropouts will still be able to work with Libra

In an interview with Yahoo Finance on Oct. 15, Calibra’s David Marcus argued that Facebook’s cryptocurrency project is “absolutely not” in jeopardy after PayPal, Visa, Mastercard, Stripe, eBay, Mercado Pago and Booking quit the Libra Association.

Marcus emphasized that companies outside the formal association will still be able to offer services on the platform:

“One thing that is not well understood is that you don’t need to be a member of the Libra Association to build services and products. So if Visa and Mastercard want to issue cards for Libra wallet at a later stage, they can still do it without being members of the association.”

The Calibra executive further expressed his respect to the seven companies’ decision to leave the project and thanked the firms for having the courage to “look at potentially disrupting themselves.”

Marcus said that he understands that the firms have a responsibility to their shareholders, which “were under a lot of pressure.”

The withdrawal has nothing to do with regulatory concerns

According to Marcus, the departure of the seven firms has nothing to do with regulatory matters as Libra project is “fleshing out all of the regulatory requirements and oversight required for this to operate.”

However, the executive admitted that the process around Libra will continue to be difficult and will become even harder before it gets easier, while the association members should have the passion, energy and fortitude to press forward.

The news comes after Libra was formally founded in Geneva, Switzerland, on Oct. 14, with the 21 remaining initial members, including Uber, Lyft, Coinbase, Spotify and Vodafone.

As reported, Libra hopes to attract 100 members before its public launch slated for the first half of 2020.