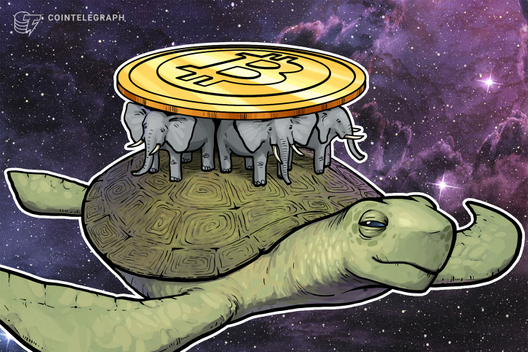 The Congressman — who goes by the moniker of “Mr. Fintech” on Capitol Hill — made his remarks during an interview for Laura Shin’s Unchained podcast, published on Oct. 22.

McHenry related his observations of the cryptocurrency space’s development, underscoring that the Bitcoin’s enormous value had become swiftly apparent. He soon recognized, he said, that regulators’ responses would struggle to keep pace with the wealth of new ideas:

“My conclusion was, any action by the government — really up until the last 2, 3 years — would be negative, would impair innovation and would restrict the development of cryptocurrencies and their enormous value, now and in the future.”

It’s far better, he continued, for Capitol Hill to slowly become more informed about the industry “rather than rush to go kill — or try to kill — an idea.”

As the industry has evolved, he argued that we’ve entered a different phase: one that now needs smarter regulation and increased certainty from the Commodity Futures Trading Commission (CFTC) and the Securities and Exchange Commission (SEC), as well as a clarification from the U.S. Treasury and IRS in regard to taxing authority.

“Real government work still needs to be done,” he noted.

The bill, he said, will ensure that regulators are “innovation-forward and situated to say yes rather than no. I want the default to be yes, not no.”

Working for, not against, innovation

McHenry outlined that the creation of these offices would establish something similar to what other jurisdictions call a “regulatory sandbox.” His proposed term, “permanent beta testing,” would work on the same principles.

Regulatory agencies would be able to offer innovators in the crypto space to enter into an enforcement compliance agreement: once accepted, this would allow them to provide services under a modified compliance plan, with certain waivers for out of date measures or unduly burdensome.

For agencies such as the SEC and CFTC and others, he argued that the bill represents a necessary step to establishing a regulatory process that works with, not against, innovation.

As reported, McHenry told lawmakers this summer that:

“The world that Satoshi Nakamoto, author of the Bitcoin whitepaper envisioned, and others are building, is an unstoppable force.”