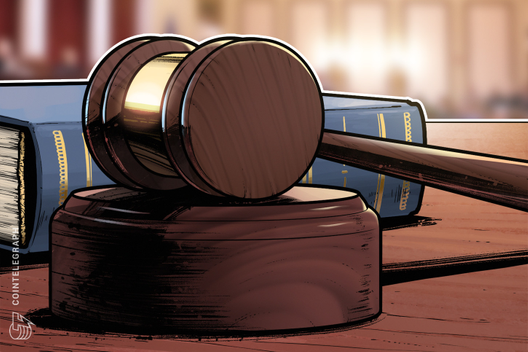 The plaintiff, a mysterious entity known as Bitcoin Manipulation Abatement LLC, is demanding $150 million in exemplary and punitive damages.

According to the plaintiff’s lawyers, FTX used accounts to manipulate Binance’s recently-launched Bitcoin futures in mid-September. The document reads:

“Defendants, and each of them, were caught red-handed when, at about 21:00 EDT on September 15, 2019, and acting in furtherance of the manipulative and deceptive scheme as alleged hereinabove, Defendants, and each of them, made two illicit unsuccessful attempts to manipulate prices of Bitcoin futures listed on Binance cryptocurrency futures exchange.”

The lawyers continue that Binance did not succumb to the attack due to its BTC prices being calculated using an index, securing it from small-scale attempts to move markets in such a way.

“The crux of the plaintiff’s argument is that FTX used its position to manipulate BTC prices using momentum ignition algos, with the goal of creating liquidation cascades,” McCulloch summarized.

FTX has yet to issue a public comment on the proceedings, which come as competitor BitMEX remains in the spotlight over a user data leak last week.

In a blog post on Sunday, Alameda Research, the quantitative trading firm which shares its CEO with FTX, revealed it was also the target of legal action.

“Although we have not been served, a complaint written by a patent lawyer against Alameda has been circulating on the Internet. The nuisance suit is riddled with laughable inaccuracies, including mistaking the entire business model of Alameda,” it stated.

Alameda further alleged it was the target of a smear campaign as its popularity grew:

“It is an unfortunate reality that it is easy to file bulls***lawsuits and annoying to fight them, and some assholes will use this as an excuse to extort anyone they see as high profile.”