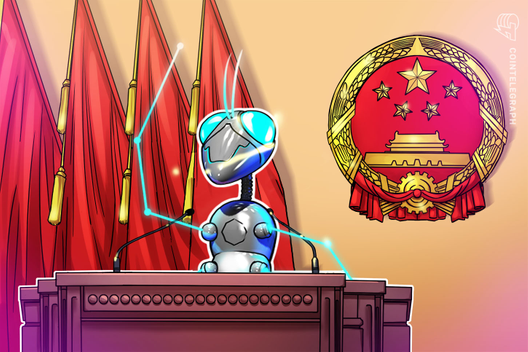 Subsidiaries of the jurisdictions’ two central banks will collaborate on a new project to link their two trade finance platforms using blockchain technology.

Blockchain has received fresh endorsement from China in the form of a development pact with the de facto central bank of Hong Kong.

In a news post on Nov. 6, the Hong Kong Monetary Authority (HKMA) confirmed it had signed a Memorandum of Understanding (MoU) with a subsidiary of the People’s Bank of China (PBoC).

The deal aims to create a Proof-of-Concept for a trade finance platform from Q1 2020, linking two existing projects: the HKMA’s eTradeConnect and the PBoC’s Trade Finance Platform.

The two central banks will be represented by subsidiaries of Hong Kong Interbank Clearing Limited and the Institute of Digital Currency of the PBoC.

“Once the connection has successfully been established, it will provide firms in both places with more convenient trade finance services and enable banks in Hong Kong to expedite the expansion of their trade finance business,” the post adds.

The news follows sudden endorsement of blockchain technology from Beijing, with president Xi Jinping personally appealing for its use to expand across the domestic economy.

As a direct response to the events, Chinese regional governments and other entities have pledged blockchain funds worth $5.7 billion to further support, local financial media outlet China Money Network reported on Wednesday.

Among them is a 100 million yuan ($14.3 million) fund from 1911 Group, the publication wrote citing another outlet, PE Daily.

“To lift Hong Kong’s fintech development to a new height, we must take a holistic ‘HK Inc.’ approach,” HKMA chief executive Eddie Yue commented as part of the MoU signing.