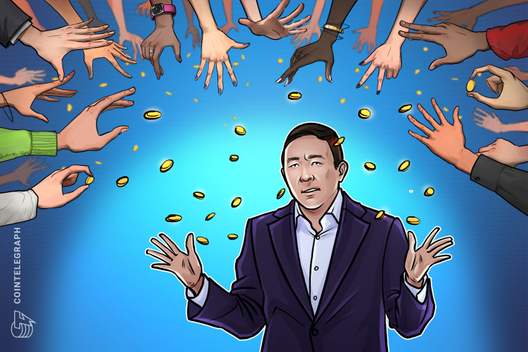 The U.S. presidential hopeful claims that free handouts would be a benefit, but the value of the dollars they would receive was diluted long ago — unlike Bitcoin.

Bitcoin (BTC) proponents are criticizing United States presidential candidate Andrew Yang after he claimed he was “literally trying to give everybody money.”

In an ongoing Twitter debate which Yang started on Nov. 16, Bitcoiners took the presidential hopeful to task over his policy of paying a form of universal basic income (UBI) to all U.S. citizens.

“I’m literally trying to give everybody money,” Yang wrote.

Yang plans to provide a united front on cryptocurrency regulation if elected. Unlike previous statements about UBI, which he has termed the “Freedom Dividend,” Yang’s latest pitch appeared to touch a nerve with commentators.

In the face of record-high U.S. and global debt, the idea of expanding access to fiat currency as a benefit appeared to generate more anger than applause.

Others continued to highlight the distinction between Bitcoin as hard money and fiat as easy money which authorities can manipulate at will.

“Bitcoin is a non-sovereign, hardcapped supply, global, immutable, decentralized, digital store of value. It is an insurance policy against monetary and fiscal policy irresponsibility from central banks and governments globally.”

In particular, OneCoin, the notorious cryptocurrency Ponzi scheme whose creators the U.S. is attempting to prosecute, was also known for arbitrary supply inflation.

At one of its dedicated conferences in 2016, for example, co-founder Ruja Ignatova announced she would double attendees’ OneCoin holdings.

A press release from the time states that Ignatova “told the crowd… that all current Networkers will have the number of their OneCoins (mined until 1. October, 2016) doubled, as a token of appreciation to everyone who believed in the OneCoin concept from the start.”

“We do not expect a steep price movement after these changes. Cryptocurrency value is driven by supply and demand, and demand is driven by brand and usability. By creating more coins, we will be able to bring the coin to more people and places and strengthen the brand.”

OneCoin in total conned victims out of around $4 billion — a tiny fraction of the world’s $255 trillion combined debt that is expected by the end of 2019.