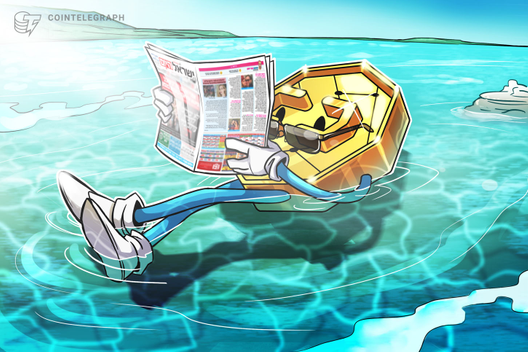 BLOCKTV is proposing to pay sources for providing info for meaningful stories in the blockchain space, while some journalism experts disagree.

Tel Aviv-based media outlet BLOCKTV announced details of a tokenized rewards system to incentivize sources to share exclusive news tips. This comes after BLOCKTV revealed that its native token, BLTV, would be listed on the Bittrex Global exchange on Nov. 21.

“We see the BLTV token as a solution to fix a broken business model in the media industry. The token aims to empower an upcoming token economy that combines content creators, advertisers, and consumers.”

BLTV is an ERC20 token that will be offered to publishers, journalists, advertisers, sources and viewers. It forms the backbone of a media ecosystem in which all participants get compensation for their time and effort in helping tell a story, or for consuming the ads that fund them. Building this kind of economy around a media company will drive that company’s growth — or at least that is the thinking.

When viewers watch advertisements on BLOCKTV, they can earn BLTV tokens in exchange for their time. The model is similar to the Basic Attention Token (BAT) offered on the Brave Browser.

BLOCKTV has also said that BLTV tokens will incentivize sources to come forward with exclusive news tips and interesting content deserving a wider audience. With over 15 years of experience in journalism, Elad suggests that providing sources with digital money in exchange for news tips will help ensure consistently high-quality and original reporting within the cryptocurrency and blockchain spaces.

“In my experience, when someone wants to give you a story to cover, they either want to promote themselves or someone else who they know,” Elad explained. “These are the two main reasons why people want to share information today. We want to change this through a token-based economy.”

The BLTV token will begin its life on Bittrex. News sources, which could include journalists, whistleblowers, or other publication staff, can then submit tips to BLOCKTV’s editorial team. These stories will then be verified to ensure that they meet the company’s journalistic standards.

“The token system we are building allows sources to submit a story, which we would then run by our professional editorial team to make sure that the information is true and interesting,” said Ron Friedman, BLOCKTV’s editor-in-chief.

Upon publication of their story, sources will receive a cut of the revenue generated by that story’s views and engagement. The story’s continued performance will be monitored using smart contracts to record the number of impressions and calculate the appropriate tokenized reward.

According to Friedman, BLOCKTV’s token model has also been optimized to align incentives between news providers and broadcasters. As a result, this creates a token model that encourages the mass distribution of quality news, while sharing the proceeds with sources.

“For the first time ever, sources will be compensated for sharing the news with a media outlet. We also plan to add a tipping mechanism and bonus program for stories considered to be extremely important,” Friedman said.

BLOCKTV CEO Elad also noted that while BLOCKTV is providing a proof-of-concept for this model, he thinks that other major media outlets will eventually adopt something similar.

“BLOCKTV is just a proof of concept for this model, but eventually this will expand and be replicated not only for others in the crypto media sphere but for all news organizations,” he said.

But what about ethics in journalism?

While both Elad and Friedman are optimistic that a token-based economy will ensure the production of high-quality, original content, the model also raises questions around concerns of journalistic ethics.

According to Joshua Benton, director of Harvard University’s Nieman Journalism Lab, mainstream journalistic norms specifically call for not paying sources. Benton noted that while this may be the standard today, some have pushed back against it in a number of ways.

“Traditionally, the journalistic norm has been to not pay sources. However, some arguments have been made that go against this. For example, stories that involve multiple sources might include some that have been paid to disclose information. Also, people may not get paid directly for being a source, but could get compensated in other ways, like being offered payment for licensing photographs.”

In the case of BLOCKTV providing sources with BLTV tokens, Benton noted that this sounds similar to a typical publication’s freelance model, in which case it makes sense to provide compensation.

“There is nothing wrong with being a journalist that pitches a good news story to a media outlet, and hopefully, there is some money exchanged there,” Benton told Cointelegraph. However, it’s different if payment is being exchanged to a source that is not a journalist, he warned.

“For example, if a company has news that it wants to announce and it contacts a media organization and receives payment for publication, rather than putting the news on its own website, that would be looked down upon,” Benton explained.

According to Elad, BLOCKTV will primarily accept tips and stories from freelance journalists who do not already contribute to a publication and would like to see an important story get out. Moreover, these sources could remain anonymous or choose to reveal their identity, a concept made possible through a BLTV token function called “BLTV newsroom.”

“The BLTV token allows the source to decide if they want to remain anonymous or not. This function is called ‘BLTV newsroom’ and will include a reputation score. Every journalist or publication submitting a story to the BLTV newsroom will have a ranking based on the source’s credibility, the history of the publication, and more,” Elad explained.

Even with rigid verification of news tips and reputation scores, Benton remains skeptical of a model that uses tokens to reward its sources. This is mainly due to the financial aspect of it all — at the end of the day, it’s still a source taking money for a story.

“News organizations and journalists are supposed to be serving their readers. This means that a journalist is asked to figure out the truth as best determined on a given topic. This information is then shared with an audience,” Benton explained, adding, “The more financial considerations injected into that equation, the more the audience has reason to think that maybe they are not getting the full story.”

Benton also points out that a model such as this raises the concern that a news outlet may be producing biased news by only taking one source’s view into consideration.

“If one source is getting paid to contribute to a story, it raises questions if the news organization pursued others with different perspectives on that story,” he said.

“Most journalistic corruption in the crypto world involves sources bribing journalists to run stories. This model is the opposite of that approach. However, I still think that most journalists would say that they wouldn’t want to have money being exchanged for certain interactions.”

Benton, who reported on Civil’s failed initial coin offering, also noted that there is an uncertainty that comes with paying sources via cryptocurrency. As in the case of Civil, the blockchain-enabled media platform that gathered a number of journalists together last year by offering payment with its own token. The Civil ICO ultimately flamed out and the token became worthless.

Based on this example, Benton notes that while a cryptocurrency can be an appealing form of exchange, some people may not be too excited about receiving compensation from a token of uncertain value.

“We want to get important stories broadcasted, and that extra incentive might encourage people to come to BLOCKTV first. A token-based model allows all parts of the ecosystem to have an interest in the process of telling and sharing news, which goes hand-in-hand with core journalist values.”