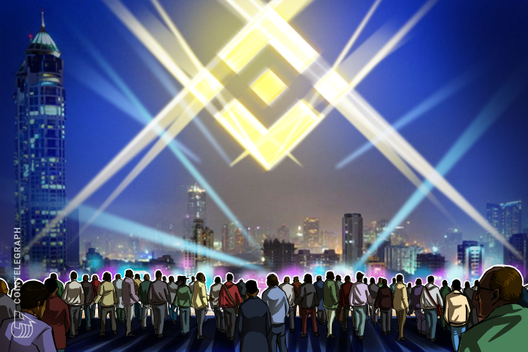 Binance has acquired the well-known Indian crypto exchange WazirX, bringing easier cryptocurrency access to a population of over one billion.

Binance has acquired the well-known Indian crypto exchange WazirX, bringing easier cryptocurrency access to a population of over one billion.

According to an announcement published on Nov. 21, users will be able to use Indian rupees (INR) to buy and sell crypto via the Binance Fiat Gateway as early as Nov. 25.

During the first quarter of 2020, WazirX’s auto-matching engine will be integrated into the Binance Fiat Gateway so that Binance.com users will be able to directly place orders on the flagship exchange to purchase Tether (USDT) against INR. With this integration, any crypto tradeable on Binance.com will become accessible for those who purchase USDT via WazirX.

In an interview with Cointelegraph, Kashif Raza — co-founder of the Indian crypto regulatory news and analysis platform “Crypto Kanoon” — welcomed the development, suggesting that the acquisition will provide a major morale boost to the Indian startup space at a time of deep regulatory uncertainty.

This uncertainty is highly likely to have played a role in WazirX’s decision to join forces with a major industry incumbent like Binance, he added.

Back in July 2018 — in the aftermath of the Reserve Bank of India’s (RBI) controversial ban on banks’ dealings with crypto-related firms — WazirX had transformed its business model into a P2P platform so as to avoid in-house crypto-fiat conversion.

Other exchanges, like Coindelta, have since been forced to terminate services altogether in light of the adverse operating climate for crypto businesses in the country

“Another step forward in achieving the freedom of money”

In a statement, Binance Chief Financial Officer Wei Zhou remarked that “building fiat-to-crypto bridges remain a key mission for Binance,” adding that the acquisition of WazirX will help Binance in this mission “by providing a simple and cohesive way to purchase cryptocurrencies in a country which is home to more than a billion people.”

Binance’s chief executive Changpeng Zhao has said the move represents “another step forward in achieving the freedom of money.”

As reported, the Indian government recently revealed it has opted not to introduce a draft bill on a potential cryptocurrency ban to parliament in the coming winter session.

The draft bill — entitled “Banning of Cryptocurrency & Regulation of Official Digital Currencies” — reportedly intends not only to impose a complete ban on the use of crypto in India but also to pave the way for a “Digital Rupee” issued by the Reserve Bank of India.

In late October, Binance launched support for deposits in Nigerian Naira (NGN), announcing that they would add support for fiat trading earlier that month, starting with the Russian ruble.

In mid-October, it launched p2p trading for Bitcoin (BTC), Ether (ETH) and USDT against the Chinese yuan and this month added support for the Turkish lira on its flagship exchange.