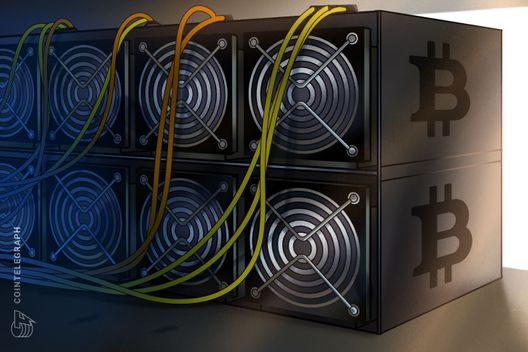 Data from SEC filings show 10 million shares go for $9 each, in an offering less than a quarter of its planned size prior to Credit Suisse pulling out.

According to Bloomberg, which quoted filings from United States regulator the Securities and Exchange Commission (SEC) on Nov. 20, Canaan sold 10,000,000 shares for $9 each.

Previously, the company looked to raise considerably more. Having failed to secure an IPO in Hong Kong last year, Canaan looked to the U.S., with a funding figure of $400 million circulating prior to the event.

A setback came when Canaan lost its biggest bank, Credit Suisse, just last week. As a result, the size of the IPO was dramatically reduced: documents submitted at the time contained a projected $100 million goal and did not mention Credit Suisse.

According to Bloomberg citing “people familiar with the matter,” Credit Suisse “was concerned whether the offering could secure sufficient orders.”

The successful completion nonetheless makes Canaan the first Bitcoin mining giant to navigate an IPO, beating major competitor Bitmain, which plans to do the same.

As Cointelegraph reported, a filing at the end of October revealed an IPO sponsored by embattled German lender, Deutsche Bank. At the same time, infighting among senior management threatens to ice the proceedings.

Like Canaan, Bitmain failed to secure permission to conduct the IPO in Hong Kong in 2018.