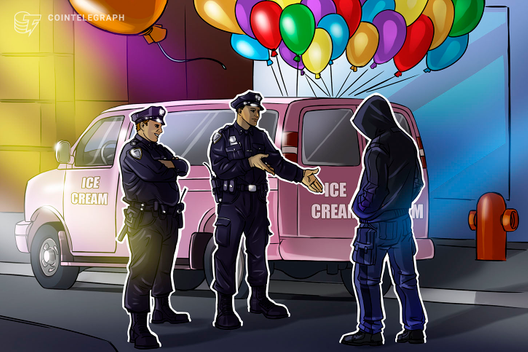 Finland is coordinating a simulated Bitcoin ransomware cyberattack on more than 200 Finnish cities and public organizations.

The Finnish Population Register Centre is coordinating a simulated ransomware cyberattack on more than 200 Finnish cities and public organizations.

On Nov. 22, Finnish news outlet Yle reported that participating cities and organizations are rehearsing how to respond when a group of hackers demands the participants pay ransomware during a series of simulated cyberattacks.

As part of the operation, 235 public organizations were faced with an activist hacker group that threatened to carry out cyberattacks unless it was paid a ransom fee in Bitcoin (BTC) by a certain date.

According to the organizers, the aim of the exercise is to strengthen the cities’ and organizations’ abilities to handle a cyber attack more effectively. The Population Register Centre, which operates under the Ministry of Finance, already organized two such practice days, with the third scheduled for next week.

Crypto-ransomware is still the most prominent cyber attack

In October, the European Union Agency for Law Enforcement Cooperation (Europol) released its 2019 Internet Organized Crime Threat Assessment (IOCTA) report, in which it painted a troublesome picture showing that cryptocurrency-ransomware remains the most prominent cyber attack that European cybercrime investigators are confronted with. According to Europol, cybercrime must be approached in a holistic sense, saying:

“Countering cybercrime is as much about its present forms as it is about future projections. New threats do not only arise from new technologies but, as is often demonstrated, come from known vulnerabilities in existing technologies.”

In August, Cybersecurity company McAfee Labs released its August 2019 threat report, which noted a significant increase in ransomware attacks in Q1 2019. McAfee Labs explained that one of these ransomware campaigns used the Ryuk malware family, which broke out early on in the first quarter of 2019 and proceeded to halt newspaper printing in the United States.