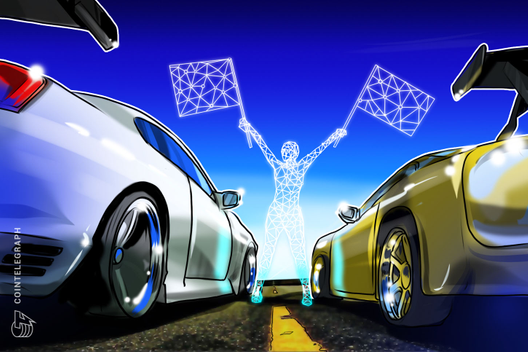 The CEO of Kakao said that the Klaytn blockchain developed by its subsidiary Ground X is similar in operation to Facebook’s Libra network but more advanced.

Yeo Min-soo, the CEO of South Korean internet giant Kakao, said that his firm’s Klaytn blockchain is similar to Facebook’s Libra except it is way ahead in its development.

According to the Korea Herald on Nov. 28, Min-soo lauded Klatyn’s development during the first Klaytn Governance Council Summit held in Seoul:

“Facebook’s Libra launched last month with aims to recruit 100 partners. Libra is taking a similar approach to ours, but it has yet to experience the milestones we have crossed. […] Next year, Klaytn will become Asia’s biggest blockchain consortium.”

The Klaytn platform, which is developed by Kakao’s blockchain subsidiary Ground X, currently has 27 firms in its Governance Council, of which the combined value is reportedly 70 trillion won (over $59.3 billion).

During the event, Min-soo emphasized that the platform does not belong to Kakao, but to all the Klaytn council members. The council is the Klaytn ecosystem’s decision-making body and was joined by major crypto exchange Binance in October.

Min-soo said that since its launch in late June, Klaytn has been stable and operated without any errors halting its operation. He claimed that the platform is now processing a daily transaction volume of around 700,000, comparable to the Ethereum blockchain, which has been active since 2015.

According to blockchain data website BitInfoCharts, Ethereum’s blockchain processed over 674,000 transactions on Nov. 27.

As Cointelegraph reported in March, Kakao plans to integrate a Klaytn wallet, dubbed Klip, in its Kakao Talk messenger. Min-soo touched on the subject during the event, saying, “Based on our 40 million user pool, we are putting our best efforts for a soft landing for the mass adoption of Klip.”

In September, Kakao launched a special edition of Samsung’s Galaxy S10 smartphone in partnership with the company. As previously rumored, the firm preloaded the devices with its Klay tokens.