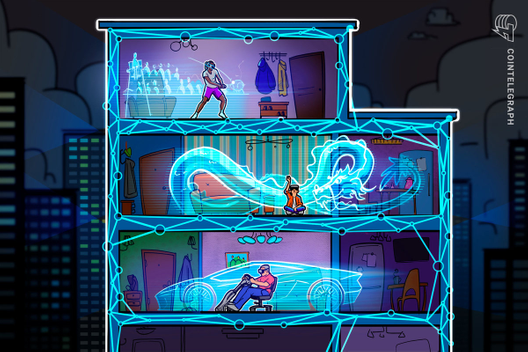 Gaming industry has seen incredible advancements with the implementation of VR, AR and AI, but blockchain promises to bring even more value.

Blockchain is transforming the financial industry right before our eyes, with many market onlookers anticipating a complete replacement of existing payment, trading and banking infrastructures. Blockchain and finance seem like the perfect match, but there are other sectors, for which the technology may play a game-changing role. For one particular industry, the latter adjective isn’t figurative at all, because blockchain can do just that – change the gaming market. This is a unique chance for investors, and it seems like they don’t want to miss it.

During the last few years, the gaming industry has been pampered with several innovations at once – virtual reality (VR), augmented reality and artificial intelligence. But it is blockchain that can have the greatest contribution, bringing more transparency and trust to the gaming space.

Investors don’t want to be simple observers and are jumping on the blockchain gaming bandwagon. For them, the technology has a disruptive potential that can be converted into profitable deals. Thus, they consider this emerging technology to be a breakthrough in the gaming industry.

Transforming gaming at all levels

But how can distributed ledger technology (DLT) help both developers and gamers? Blockchain’s capabilities are limitless in terms of use cases, so there are many ways it can transform the gaming industry:

The gaming market is huge, and blockchain has attracted many investors who are now driving the industry’s expansion to new levels.

Today, there are over 2 billion gamers who either play on computer devices or smartphones. Games and esports analytics firm Newzoo estimates that the total number of gamers is 2.5 billion, suggesting that 1 in 3 people play video games. By the end of this year, they will have spent a combined $152.1 billion on games, which is a 9.6% increase compared to 2018.

Gaming is one of the fastest-growing industries in the world right now, and blockchain plays an essential role in polishing its image by bringing a new set of possibilities through a more open and trusting environment. This, in turn, attracts investors, many of whom are looking specifically for gaming firms that adopt DLT.

Some prominent blockchain-oriented investors have been including gaming firms in their portfolios. For instance, venture capital firm SVK Crypto has invested in Mythical Games, Azarus and High Fidelity. The latter is a VR platform co-founded by Philip Rosedale, the founder of the popular game Second Life, that uses blockchain technology to manage the ownership of in-game assets and currency.

All in all, blockchain-oriented institutional investors don’t want to stay aloof from the rapid growth of the gaming space. Therefore, they might play an essential role in driving the industry’s expansion.