Ethereum completes the Istanbul hard fork, analysts warn “the halvening” will be a non-event, and research suggests crypto will replace fiat by 2030.

Coming every Sunday, Hodler’s Digest will help you track every single important news story that happened this week. The best (and worst) quotes, adoption and regulation highlights, leading coins, predictions and much more — a week on Cointelegraph in one link.

It’s happened! Ethereum’s much-anticipated shift to Istanbul has been completed, and the system-wide update came into force when the network passed block #9069000 late on Saturday night. Vitalik Buterin claims capacity now has the potential to reach 3,000 transactions per second. Istanbul is designed to deliver interoperability with the privacy token Zcash and make it cheaper to use zero-knowledge technologies that enhances privacy. Although miners and node operators need to update their client, most people who hold ETH or use the network are unaffected — and ETH prices are unexpected to suffer turbulence. Maxwell Foley, software engineer at CertiK, told Cointelegraph Magazine: “Ethereum, in general, is an exciting project because they’re trying the hardest out of anyone in the crypto space to scale without sacrificing decentralization.”

Upbit hack: Stolen ETH worth millions on the move to unknown wallets

There’s been some new developments after 342,000 ETH was stolen from the hot wallet of major South Korean crypto exchange Upbit. According to Whale Alert, a service monitoring large transactions, one of the addresses involved in the theft has been moving ETH worth millions of dollars to an unknown wallet. Dodgy transfers have been taking place throughout the week in chunks of 10,000 ETH and 1,001 ETH — worth about $1.5 million and $150,000 respectively. After news emerged that the funds, worth about $50 million, had been stolen, some analysts suggested that an “inside job” was more likely than an external breach.

The Bank of France is going to test a central bank digital currency for financial institutions in the first quarter of 2020. Governor François Villeroy de Galhau said the “digital euro” pilot will not involve retail payments made by individuals — and stressed any such project would “be subject to special vigilance.” The central bank has been clear that France needs to assert sovereignty over private initiatives such as Facebook’s Libra, with the country leading efforts to ensure that the stablecoin is stopped from launching on European soil. The governor has also spoken of his enthusiasm for being the first country in the world to issue a CBDC, allowing France to become an example to other jurisdictions.

Given we are, er, Hodler’s Digest, let’s give you some holding news. New research has suggested that a whopping 60% of BTC in circulation hasn’t left its wallet in more than a year. This is particularly telling since BTC/USD ballooned from lows of $3,100 last December to $13,800 just six months later. Markets subsequently reversed downward — shaving 52% off their highs. Rhythm, the analyst who uploaded the statistics, didn’t mince his words by saying: “Hodlers of last resort are insane.” With the trend of dormant BTC as a percentage of total supply sharply increasing in recent years — and remaining intact during bull and bear markets alike — it seems many investors want to save it rather than spend it. 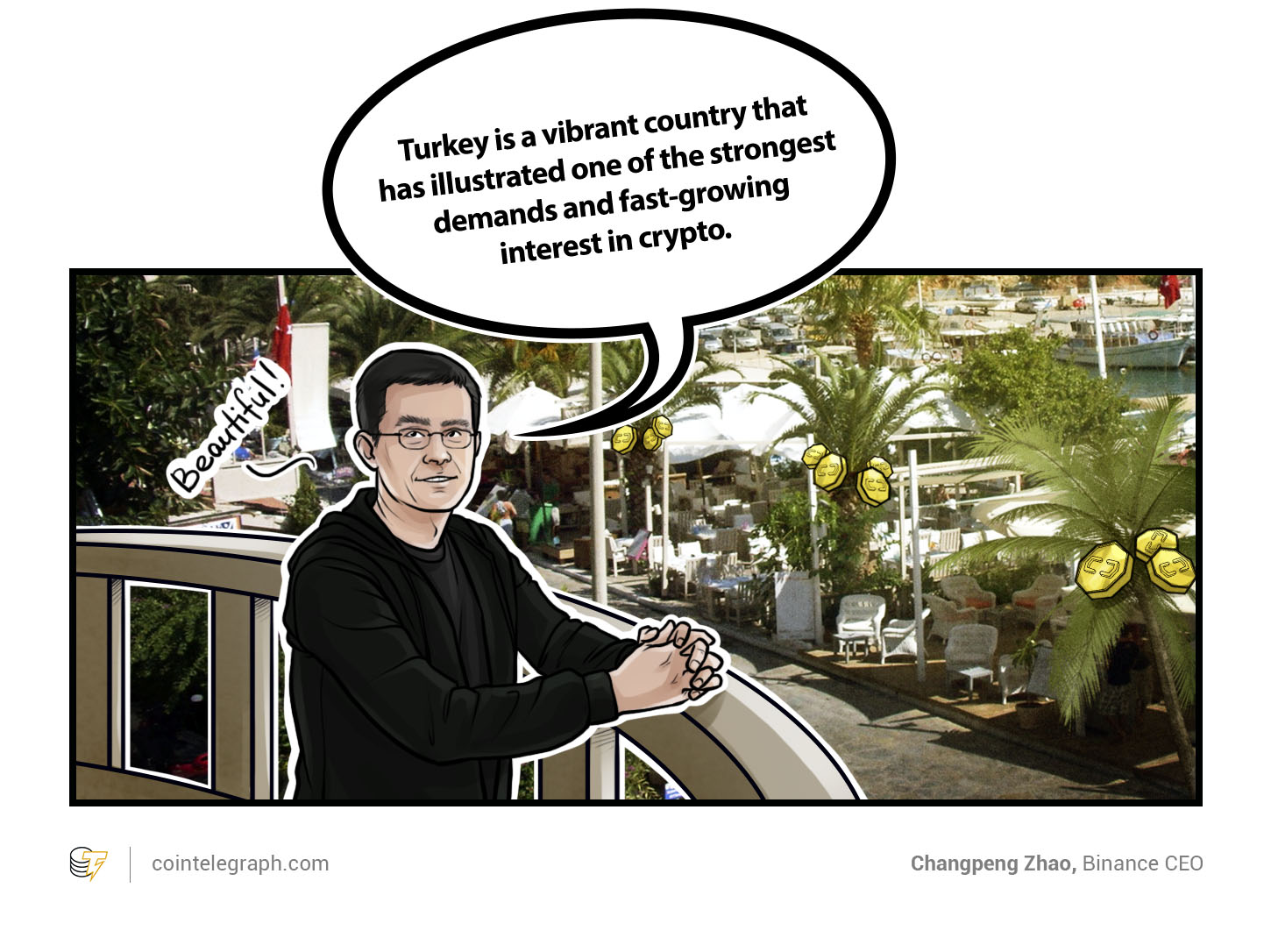 New research by Deutsche Bank has revealed what the future might look like for crypto in just 10 short years. Its report suggests that digital currencies could eventually replace cash one day, as demand for anonymity and a more decentralized means of payment grows. Hurdles do lie in the way — and the authors say digital assets will need to gain legitimacy in the eyes of governments and regulators for wider acceptance to be achieved. The report also warns that the risk of cyberattacks and digital warfare could also pose huge risks to the stability of financial systems based on digital currencies in the future. 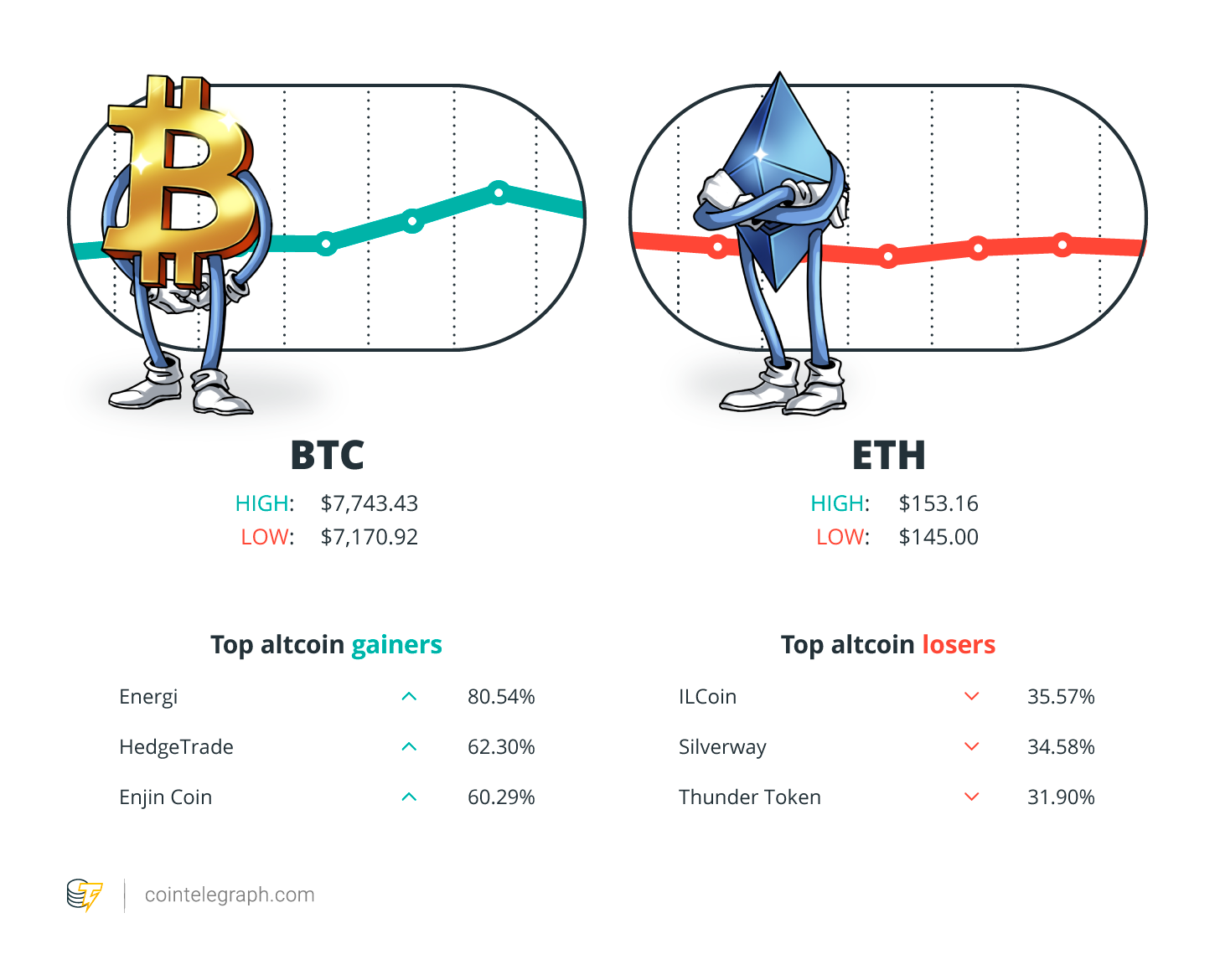 “Free Ross, baby! Get him out. We need entrepreneurs like that guy! Get him out of jail! Why do we put these really extraordinary people in jail? We need their minds, their energy, their life force. Get him free. Who knows what else he could’ve come up with?”

“In Japan, the amount of cash outstanding is still increasing, and it does not seem that there is a demand for CBDC from the public at present.”

“Turkey is a vibrant country that has illustrated one of the strongest demands and fast-growing interest in crypto.”

“Hodlers of last resort are insane.”

“Bitcoin halving in May 2020 won’t do anything to the price. It will be a non-event.”

“Chair Powell and I have discussed this — we both agree that in the near future, in the next five years, we see no need for the Fed to issue a digital currency.”

“The halvening” in May 2020 — when the reward paid to miners falls from 12.5 BTC to 6.25 BTC per block — is widely regarded as an event that will catalyze a bull market. But according to Jason Williams, the co-founder of Morgan Creek Digital, these expectations might be overblown. He believes that the having will have no impact whatsoever on BTC prices, describing it as a “non-event.” With analysts bitterly divided over whether there will be a bull run — and if so, how quickly a reaction will take place — expect many more wild predictions to grace this column in the weeks and months to come. 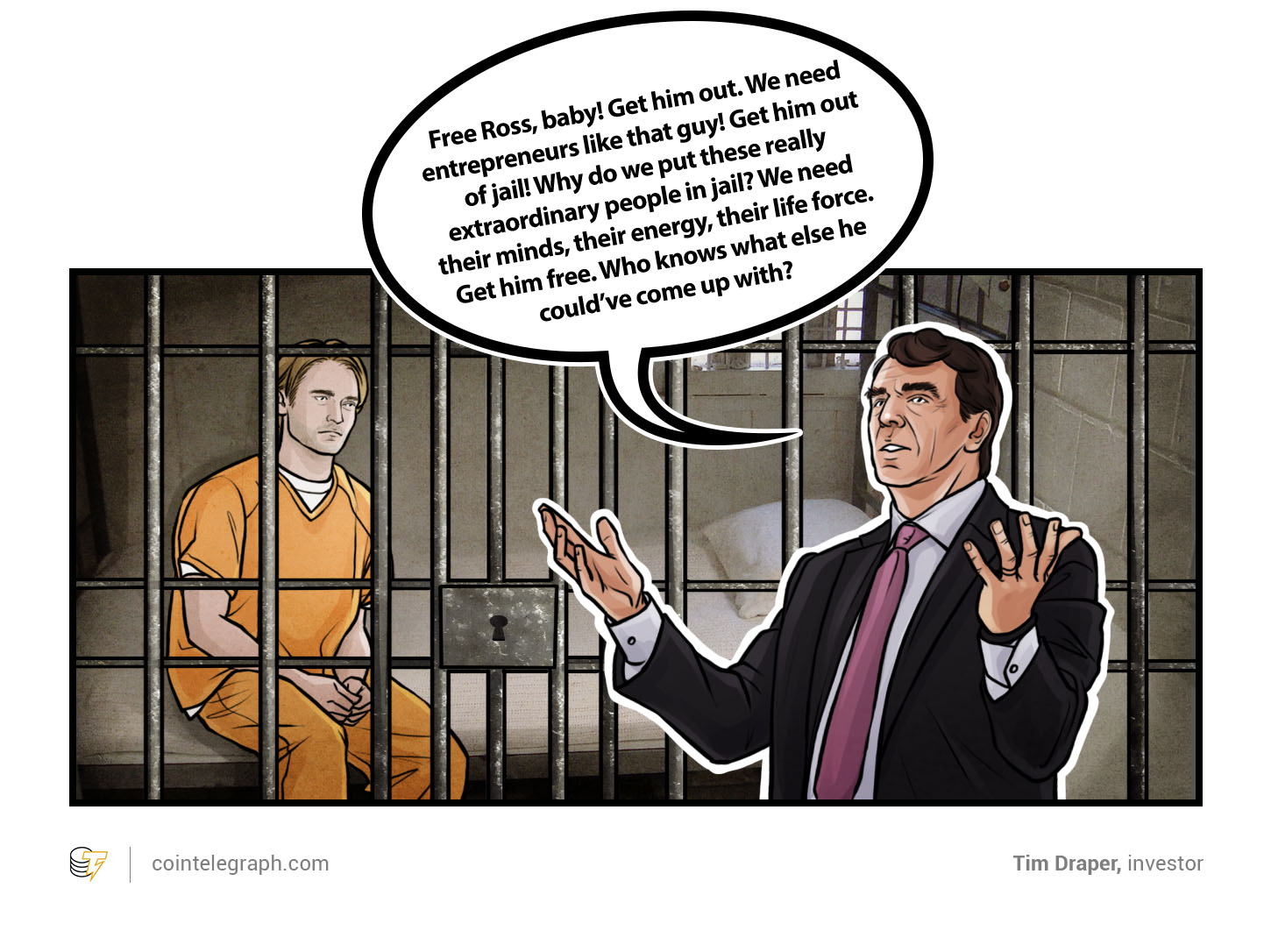 Great North Data, a crypto mining company based in Canada, has filed for bankruptcy. The firm operated facilities in Labrador City and Happy Valley-Goose Bay. Bankruptcy documents show that it had $13.2 million in liabilities but just $3.5 million in assets. Reports suggest that the company owed six-figure sums to government bodies. It’s been a difficult time for mining companies, with Washington-based Giga Watt closing down in January because it was “insolvent and unable to pay its debts when due.”

Security researchers have uncovered cryptocurrency-related macOS malware that is believed to be the work of North Korean hackers known as the Lazarus Group. It is believed that the malware can retrieve a payload from a remote location and run it in memory — something that is not common for macOS. This resultantly means it can be difficult to detect the malware and carry out forensic analysis — with only 10 antivirus engines actually flagging it as malicious. “Clear overlaps” have also been found with malware that was detected by another group of security researchers in the middle of October.

CT News of the Week

A little news about us now, if you’ll indulge me. Cointelegraph has launched a Chinese-language version of the publication — with offices in Guangzhou, Beijing and Shanghai. The venture has been co-founded by Vadim Krekotin, Kevin Shao and Simon Li, and the team says they are determined to produce the highest-quality journalism for readers in China — ”holding steadfast to the values of editorial independence and responsibility to our readers.” Cointelegraph China is now our third base in Asia, joining local news sites serving Japan and Korea. 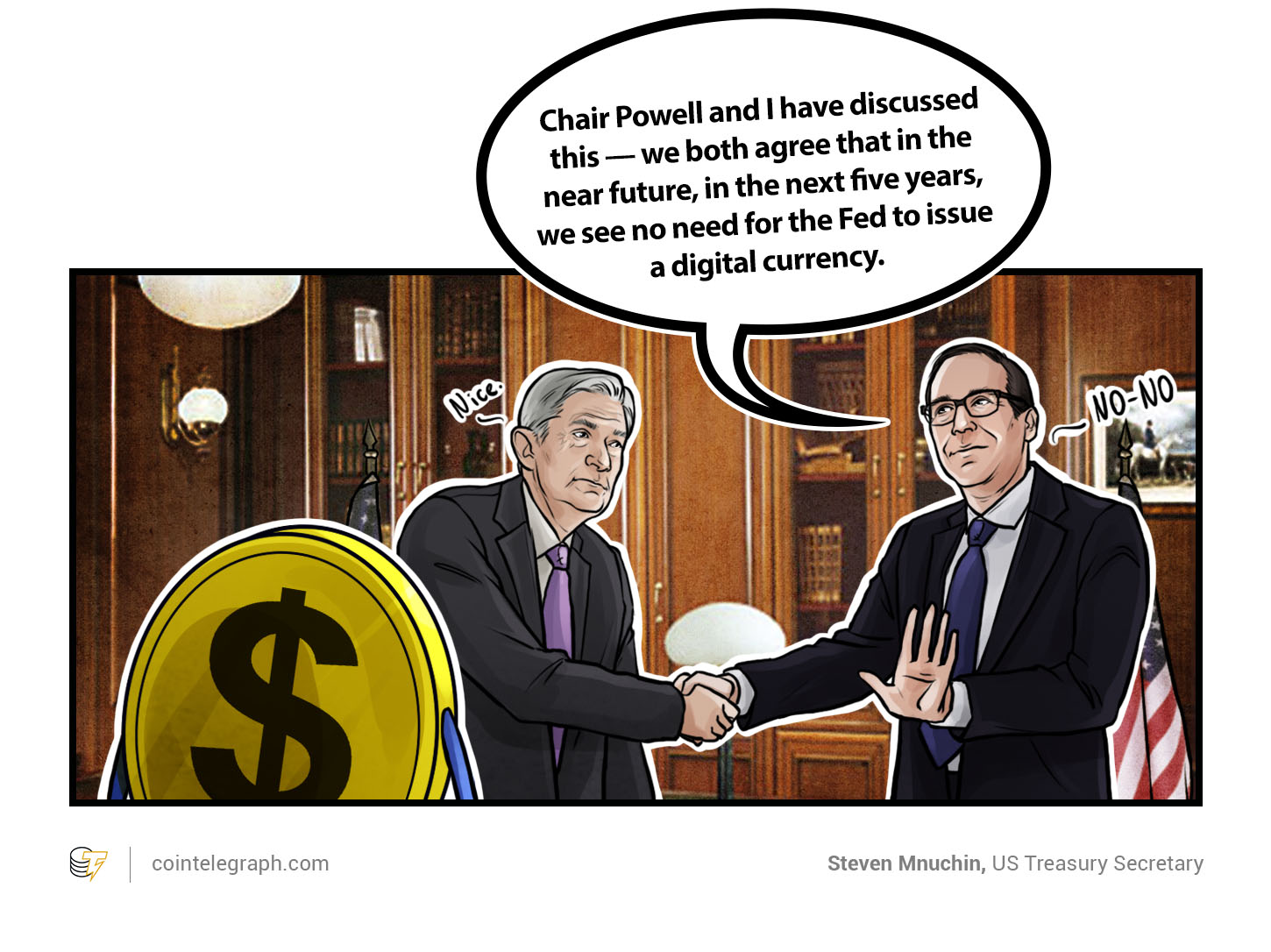 Bamboozled by news of Ethereum’s latest hard fork? This nifty feature from Cointelegraph Magazine explores what forks are for, the structure of Ethereum’s roadmap, and delves into the details of the changes that Istanbul has delivered.

Death spirals and BTC — What happens when miners capitulate?

Miner capitulation occurs in the Bitcoin market when mining is no longer profitable — and it is believed to have triggered BTC’s major drop in December 2018. Joseph Young explores the phenomenon in depth here, and looks at what might happen in the months to come.

With one decentralized crypto exchange abruptly shutting shop — and another undergoing a radical restructure — Stephen O’Neal looks at whether crypto trading platforms have something to worry about.