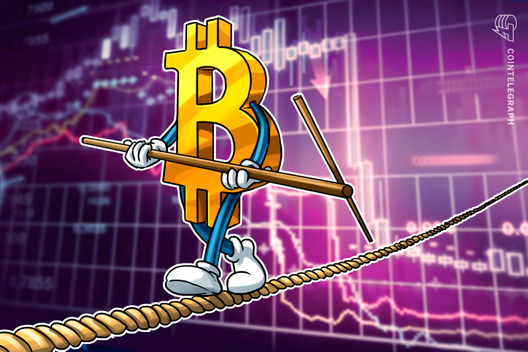 A return to challenge resistance at $7,500 or higher appears increasingly unlikely as plans shift for a fresh visit to the $6K range for Bitcoin.

Bitcoin (BTC) continued its broad downtrend towards $7,000 support on Dec. 12, failing to break out of a behavioral pattern that has left traders uninspired.

Data from Coin360 showed BTC/USD trading down around 1.2% on the day, with only a brief spike to $7,265 punctuating the otherwise lackluster performance.

The sudden uptick met with selling pressure within minutes, markets tanking to local lows of $7,107 before recovering to current levels around $7,150.

Bitcoin has nonetheless lost over 3% since last week, with traders’ hopes for a retest of resistance closer to $8,000 so far going unanswered.

Now, regular Cointelegraph contributor Michaël van de Poppe said that if fresh energy did not appear, Bitcoin could be in line for a “significant” drop.

“Boring & fragile markets here,” he summarized in his latest Twitter update on Thursday.

Downside potential could see BTC/USD bottom out at previous lows around $6,500, he added, while a boost to the upside would place $7,500 levels back into the equation.

Fellow contributor filbfilb meanwhile was more risk-averse. Revealing his short-term risk plan to readers on Wednesday, he confirmed he was short BTC, eyeing a likely dip below $7,000.

“Overall I am bullish pre halving its just a matter of trying to micromanage the mid term optimal entry,” he added.

Statistician Willy Woo previously said bearish price action made the run-up to Bitcoin’s third halving unlike any other, while Keith Wareing warned BTC/USD could dip as low as $2,500 in analysis for Cointelegraph over the weekend.

The overall cryptocurrency market cap was $195 billion at press time, with Bitcoin’s share at 66.7%.