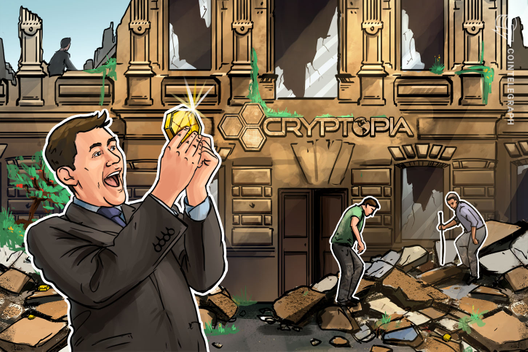 Liquidator Grant Thornton recovered $7.2 million since May but warns that the complexity of proving ownership makes it impossible to estimate timeframes.

Liquidators of hacked New Zealand cryptocurrency exchange Cryptopia have recovered almost $11 million in the past six months, but say the process remains difficult.

In its second report into its operations at Cryptopia, Grant Thornton confirmed that receipts from May to November totaled around 10.9 million New Zealand dollars ($7.18 million).

Funds trickle back from oblivion

“We continue to investigate the affairs of the Company and its directors in the period prior to our appointment to determine if there are any further avenues of recovery available to the Company,” the report summarizes.

Grant Thornoton did not comment on how much longer outstanding creditors would need to wait for reimbursement, stating, “At this stage it is not practicable to estimate a completion date for the Liquidation.”

A textbook example of crypto’s complexity

Cryptopia shut down in January this year after hackers stole funds worth around $16 million. A lengthy process has seen liquidators tease out the details of user transactions, with the reconciliation of funds ongoing.

“No detailed reconciliation process between the customer databases and the crypto-assets held in the wallets has ever been completed,” the report adds.

Grant Thornton is currently focusing on the accounts of over 900,000 active users, potentially involving more than 900 different cryptocurrencies.

As Cointelegraph reported, exchanges worldwide continue to grapple with hacks, with attention continuing to focus on a much larger loss involving ex-Canadian exchange QuadrigaCX.

Earlier this month, cryptocurrency worth around $340,000 mysteriously left the books of South Korean platform Upbit, in what some analysts have claimed was an inside job. Users will be compensated using company funds.