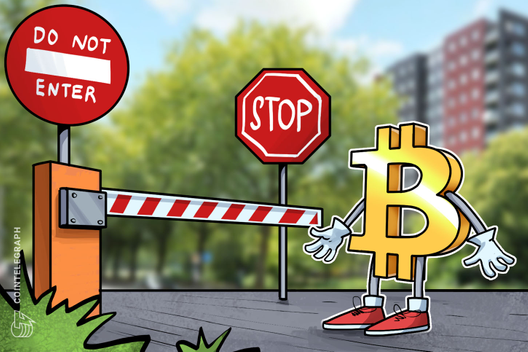 The Bottle Pay service, which allowed users to send Bitcoin (BTC) via social media accounts, announced on Dec. 13 that it would be shutting down due to Anti-Money Laundering (AML) regulations.

Bottle Pay, developed by United Kingdom-based company Block Matrix, enabled Bitcoin payments to any social media contact regardless of whether they had an account or not.

Just two months ago, the company raised $2 million in funding, with the aim of increasing the user-base tenfold over the next year.

However, as a UK-registered custodial Bitcoin wallet provider, the company must comply with the European Union’s 5AMLD EU regulation coming into effect from Jan. 10, 2020.

Block Matrix believes that the additional user information the new regulations require would “alter the current user experience so radically, and so negatively, that we are not willing to force this onto our community.”

New signups, deposits and social media bots have already gone offline. Funds already sent will not be claimed and returned to the sender within 7 days. The withdrawal function will be taken offline and all wallets closed at 13:00 GMT on Dec. 31, 2019. Any funds remaining in wallets donated to The Human Rights Foundation.

A similar service for micro-payment tipping on Reddit, also closed down recently, although for different reasons. TipJar, designed for sending Ether (ETH) payments to other Redditors, shut down in October, citing lack of user interest.