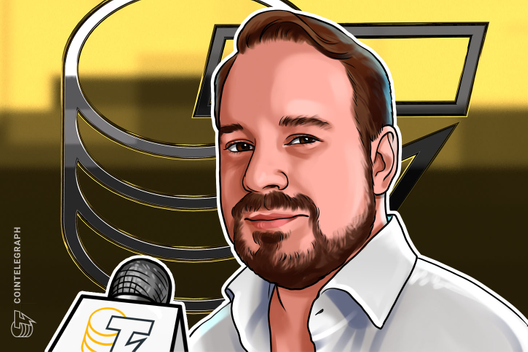 IOVLabs is one of the most relevant companies in the blockchain world and we we have interviewed its CEO, Diego Gutiérrez Zaldívar.

Diego Gutierrez Zaldivar is the CEO of IOVLabs and co-founder of the NGO Bitcoin Argentina. During Labitconf 2019, he gave a presentation entitled “How Bitcoin, RSK and RIF are shaping the internet of the future.” Cointelegraph spoke with him in Uruguay to learn more about the platforms that aspire to make the mass adoption of disruptive technologies possible.

This interview was conducted in Spanish and translated into English. It has been lightly edited for clarity.

Fernando Quirós (FQ): How did you get started in the world of cryptocurrencies and blockchain technology?

Diego Gutiérrez Zaldívar (DGZ): I was first introduced to Bitcoin (BTC) in 2011, by a friend of mine who is a hacker. The truth is that I did not understand much at that time and there was not much concrete use.

Then I had another experience with a friend who lived in Silicon Valley, who came across Bitcoin again. We had known each other since the time of the “dot com” boom and he was excited. He told me: “open an account on blockchain.info.” I opened the account and he sent me, in mid-2012, about 5,000 BTC. At that time, in Argentina we had capital controls, so it was almost impossible for money to come in and out. Then he asked me to give them back. I returned them and he told me to keep one bitcoin. So I returned the 4,999 BTC. All of this happened in about an hour. The cost was less than a penny. When I saw this, I said to myself, “This is how an open, inclusive financial system should feel, where I don’t have to ask anyone’s permission.” And I decided that I wanted to get involved in this area. At that time I was looking for something that motivated me and when I found Bitcoin, I thought: “This is the future of the financial system.” It also connected to other things that were very important to me, such as protection of the value that people produce, and decentralizing power relations.

FQ: If we look at IOVLabs, RSK, and RIF, we see that there is a very broad approach. What are your plans for these projects?

DGZ: Our initiative was born with the purpose of enabling financial inclusion and empowering people. Give people control of their data, their identity, their money.

But when you think about financial inclusion, Bitcoin is very volatile. Then it was clear that we needed to have a representation of the assets of the company, the currencies of the countries, the property titles, and we also needed to have decentralized business logic. Because if the entire value system was decentralized, but the business logic or agreements between people were on a central server, a hacker could change the agreements. So we needed the agreements to be decentralized. The first thing we did was extend Bitcoin so that it could support both. On the one hand it could be a financial system that not only operates with Bitcoin, but operates with anything valuable to human beings. And also it could handle agreements between people. Thanks to that RSK was born, which was the first platform we launched.

Then we needed another layer, and the third layer was born, which is that of infrastructure, which is basically all internet services, including the processing of peer payments, but anchored in smart contracts, secured by the network’s business logic from RSK.

We add the third layer to complete all the services that one needs to have a fully decentralized financial system, where payment processing is between peers, but there is always the security of the RSK blockchain, in case there is a dispute or someone does not do their part. Where people can store their sensitive information in a cloud, but an encrypted cloud built between peers, and not with an organization that can capture that information or censor that information. Then there was RIF Storage. And then, with the issue of secure communication between people, encrypted, RIF communications came out as a way to create a secure communications network.

FQ: So there are several divisions …

DGZ: Exactly. RIF are all the necessary services to have an open and secure financial system, between peers. And we needed to reach the community, to be able to put that network of tools that we have been building in the hands of the people and in that way we were talking with the people of Taringa.

The Taringa social network of was born with a purpose close to ours, to give a voice and to empower individuals and communities, with the spirit that it is something open where anyone can participate. And they were trying to understand this new internet of value, and how Bitcoin, blockchain and these new technologies could be integrated. They had a community and a reputation, it made sense to add them.

FQ: They also have a significant number of users …

DGZ: Yes, Taringa has 30 million registered users. So it was very important to add the trajectory and reputation, and we could give Taringa all the missing tools: how to manage money, how to manage community value and convert Taringa into a collaborative economy in which users produce value but also receive value that is generated on the platform, with the vision that, eventually, Taringa will be the first demonstration of how these new technologies of the internet of value and what we consider the internet of the future to be — the internet between peers  — would be seen in the real world.

DGZ: In general, most of the regulations that already exist, should only be extended to apply to these new technologies. And there is no need to create new regulations. What happens is that, being something new, it generates fear or uncertainty, and many jurisdictions or countries rush to try to regulate something they still don’t understand. Those who do take the time to understand the phenomenon regulate the use of technology, and not the technology itself.

What we are building are protocols, programming languages and technologies. What you have to regulate are not the technologies, but how people use it.

Likewise, there will always be tension, because this generates new uses that were not foreseen and regulation will have to adapt.

FQ: Can these types of new decentralized technology help the population in countries like Venezuela or Argentina?

DGZ: I think so, 100%. For me, if these technologies were in the population, they would help a lot because they keep governments at bay, they make governments unable to do what they want. They make them responsible with the economy. If a government has economic power, individuals have less power.

These new technologies empower the individual and generate a dialogue, where the government has to take care of its population.

The issue is that these technologies are still complex to use and that is part of integrating with Taringa. The idea is to make technologies very easy to use so that people can begin to understand how this can empower them. That allows them to protect their reputation, their value. It would help to have more responsible governments.