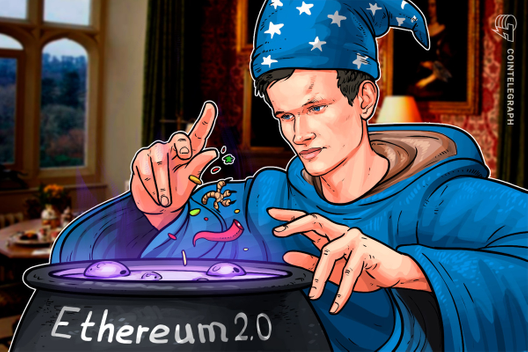 Ethereum co-founder Vitalik Buterin has recently published an alternative proposal for an early transition to Ethereum 2.0.

Ethereum co-founder Vitalik Buterin has recently published an alternative proposal for an early transition to Ethereum 2.0.

In a Dec. 23 post on the ETH Research forum, Buterin has set out an “accelerated schedule” for the transition from Ethereum 1.0 to Ethereum 2.0 through a new type of ETH validator referred to as “eth1-friendly validators.”

According to Vitalik, this new alternative proposal will require less “rearchitecting” in the network. He wrote:

“Specifically, it requires stateless clients, but NOT stateless miners and NOT webassembly, and so requires much less rearchitecting to accomplish.”

At the same time, the proposed alternative transition would still be done using a procedure similar to the previously described transition to Ethereum 2.0, Vitalik noted.

As previously reported, the first “phase zero” stage of the Ethereum’s transition to Ethereum 2.0 is expected to take place on Jan. 3, 2020.

According to the new alternative proposal by Vitalik, eth1-friendly validators would be expected to maintain both the old Ethereum 1.0 node and the Ethereum 2.0 Beacon Chain. Buterin suggested the following:

“Validators that want to participate in the eth1 system can register themselves as eth1-friendly validators, and would be expected to maintain an eth1 full node in addition to their beacon node. The eth1 full node would download all blocks on shard 0 and maintain an updated full eth1 state.”

As a result of the proposed transition procedure, the transaction costs on the Ethereum network may slightly increase, Buterin added. According to Ethereum co-founder, calling a contract would require an additional 1-2 gas per byte of code, while a simple ERC20 transaction would rise 5-10%. Buterin concluded:

“This would actually be not that punitive to average applications, though many apps would need to rearchitect themselves to use fewer full-sized contracts. There would be some exceptional applications that become considerably less viable. A simple ERC20 transaction (including DAI) would maybe become at most ~5-10% more expensive.”

While Buterin believes that Proof-of-Work consensus algorithm will make the Ethereum blockchain more secure than Bitcoin (BTC), some crypto community players think that Ethereum’s plans to shift Ethereum 1.0 to Ethereum 2.0 show that that Ethereum is not proven to date.