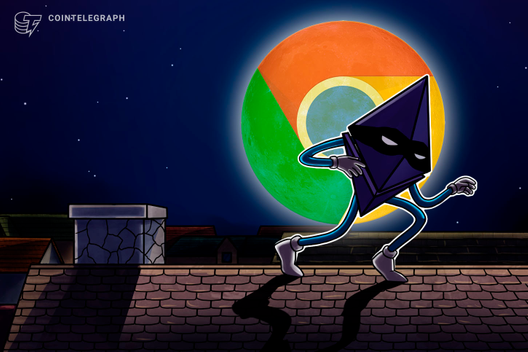 An Ethereum (ETH) wallet known as “Shitcoin Wallet” is reportedly injecting malicious javascript code from open browser windows to steal data from its users. On Dec. 30, cybersecurity and anti-phishing expert Harry Denley warned about the potential breach in a tweet: 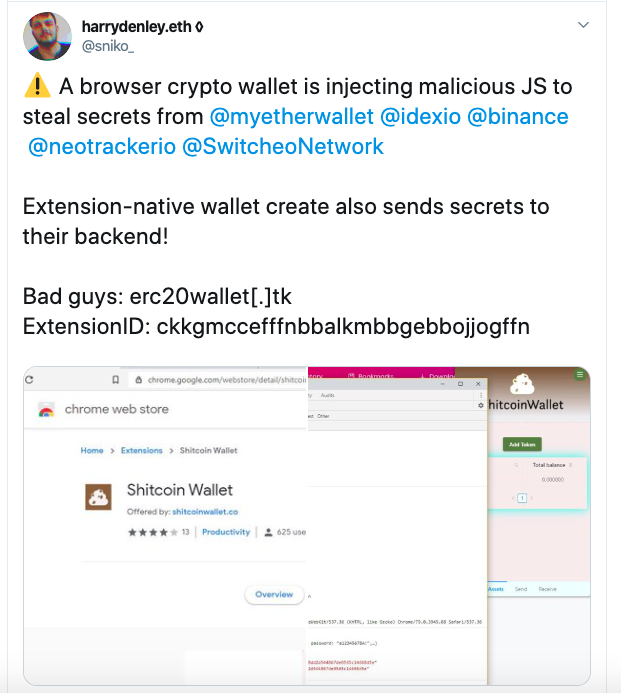 The Shitcoin Wallet Chrome extension – ExtensionID: ckkgmccefffnbbalkmbbgebbojjogffn – works by downloading a number of javascript files from a remote server. The code then searches for open browser windows containing webpages of exchanges and Ethereum network tools.

The code attempts to scrape data input into those windows. Once it does, the information is sent to a remote server identified as “erc20wallet.tk,” which is a top-level domain address belonging to Tokelau, a group of South Pacific Islands that are part of New Zealand’s territory.

Shitcoin Wallet stealing user data may sound similar to recent incidents including Apple threatening to unlist Coinbase’s mobile DApp browser from its app store and Google removing Ethereum wallet app MetaMask from its Google Play App Store last week. Both of those instances, however, have been subject to considerable controversy due to lack of evidence of malicious conduct on the part of those apps.

A number of cryptojacking extensions were found on the Google Chrome web store last year. According to a recent report from McAfee Labs, cryptojacking, which occurs when a user’s computing device is secretly used to mine cryptocurrency, has been on the rise, up 29% in Q1 2019.

While the name should be a dead giveaway that it’s better to stay away from this particular Ethereum wallet software, Shitcoin Wallet contains some suspicious added features.

According to a company blog post, the Ethereum wallet, which launched on Dec. 9 and claims to have over 2,000 users, is a web-based wallet that has several extensions for different browsers. The blog post notes;

“It is a web wallet which has several extensions for different browsers, which I will discuss further in the article.”

However, this doesn’t square with what the company mentions at the end of that very blog post, which says/reads that Shitcoin Wallet is currently only supported by Chrome.

While those users may have received a bit of free ETH, they are now left vulnerable to having their data scraped and personal information compromised.