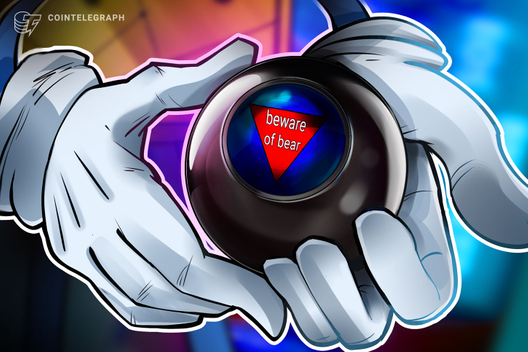 An overview of the worst and most outrageous Bitcoin price predictions of 2019.

To prophesize is a natural human tendency. Humanity applauds those who make the right prediction and also love to hate on people when they miss the mark, especially by ridiculously large amounts.

For many years, the crypto industry has been prone to high fluctuations and volatility. Nobody can actually predict what will unfold in the upcoming seconds, minutes, hours, days, weeks, months… let alone the years.

Once when everyone predicted that Bitcoin (BTC) would die, its price nearly hit $20,000. Conversely, when people thought that it would hit $1 million, it plummeted to a meager $3,200.

As 2019 comes to its end, the price of Bitcoin is hovering around $7,300 mark. There were many predictions that were off this mark, especially from Bitcoin evangelists that were way too optimistic with their estimates.

Starting off the list is a level-headed and calculated prediction made by the CEO of Galaxy Digital, Mike Novogratz. Watching the institutional interest in crypto, Novogratz assumed that the price of Bitcoin would climb to its all-time highs of $20,000 before the end of 2019.

He drew parallels from the movement of Bitcoin’s price from $4,000 to almost $13,500 and saw that once institutions show increased interest again, Bitcoin prices would rise to $20,000. Additional reasons why Novogratz was optimistic in his price prediction was the surge in the anticipation of Facebook’s Libra stablecoin and Telegram’s launch of TON, both of which did not come to be.

It’s not often that banks come out in favor of Bitcoin’s price increase. However, Munich-based, state-owned bank BayernLB predicted a huge leap for crypto. In a report published on Oct. 1, the German bank suggested that the effects of Bitcoin halving have yet to be factored into its current price considerations.

“If the May 2020 stock-to-flow ratio for Bitcoin is factored into the model, a vertiginous price of around USD 90,000 emerges. This would imply that the forthcoming halving effect has hardly been priced into the current Bitcoin price of approximately USD 8,000.”

To give Anthony Pompliano, the founder of Morgan Creek, the benefit of doubt, his prediction for $100,000 came in 2017, before Bitcoin’s price fell from its all-time high. He later stated that BTC might go as low as $3,000, after which it will continue being bullish starting from 2019 — and that happened.

His optimism for a Bitcoin boom to $100,00 hasn’t died yet. On July 2, 2019, in an interview with BloxLive.tv, he predicted BTC would hit $100,000 by the end of 2021. He said the basic principle behind his forecast was classic supply–demand economics, referring to the fact that the Bitcoin halving will be in May 2020 — when mining rewards will be reduced by half.

Taking a look at the history of halvings, data is on Pomp’s side. Back in 2012, following the first halving event, Bitcoin’s price increased by a factor of 10. After the second halving in 2016, the price surged by a massive 400%. Both rallies happened approximately a year after the halvings.

On June 26, eToro analyst Simon Peters noticed that when BTC was at $11,800, it took 14 days to reach a record figure of $20,000. Basing his predictions on the same pattern, he assumed that Bitcoin would continue its parabolic trajectory even this year.

He thought what differentiated this rally from the one that reached all-time high is the organic nature of it. The last rally was fueled by a lot of misinformation accompanied by a spike in Google searches for terms like “buy Bitcoin.”

Looking at the fact that the capital entering the market is coming from institutions and investors who had previously parked their funds in stablecoins, he assumed that the upcoming bull run will be grounded by these institutes.

To add to these factors, he even suggested that Bitcoin’s gains would be at the expense of altcoins, as its market dominance would keep rising. Considering all these factors, Peters predicted that BTC prices could hit $50,000 or $100,000 by the end of the year.

Billionaire and serial investor Tim Draper has been in the public eye for his Bitcoin investments. In June 2014, he purchased nearly 30,000 Bitcoin that had been seized by the U.S. Marshals Service and auctioned off to the public.

Draper once said that his price prediction of $250,000 per Bitcoin was “conservative.” His earlier price prediction was based on factors like global mass adoption, however, he added that the likes of the Bitcoin Lightning Network, designed to make smaller Bitcoin transactions quicker and cheaper, would be the catalyst for the next BTC bull run.

When talking about the eccentric comments and over-the-top predictions, John McAfee has to be included. In a Forbes interview from Sept. 30, when asked about his prediction of BTC reaching $500,000 by the end of next year, he doubled down on the forecast increasing his prediction to $1 million per coin.

In the same interview, when asked about the reasoning behind his line of thought, he replied: “Let’s get real, there are only 21 million Bitcoins, seven million of which have been lost forever, and then, if Satoshi is dead, add a few more million.”

The scarcity argument appeals to the people who believe in classic supply and demand economic theory. However, to most casual users, this argument doesn’t hold ground, considering only 800,000 Bitcoin wallets hold more than 1 BTC. The vast majority of the Bitcoin holders have a fraction of a Bitcoin.

While the aforementioned predictions were on the higher end of the spectrum from people who were over-zealous about Bitcoin, this one comes from a skeptic. In September, when Bitcoin fell from $9,700 to $8,000 in just a few hours, long-time Bitcoin skeptic Peter Schiff claimed that this massive shedding was just the beginning of the downfall, adding that, “The risk is high for a rapid descent down to $4,000 or lower!”

Schiff’s criticisms didn’t come as a surprise to most Bitcoin proponents. On July 31, he debated Pompliano. The two had previously informally debated “Bitcoin versus gold” multiple times on social media.