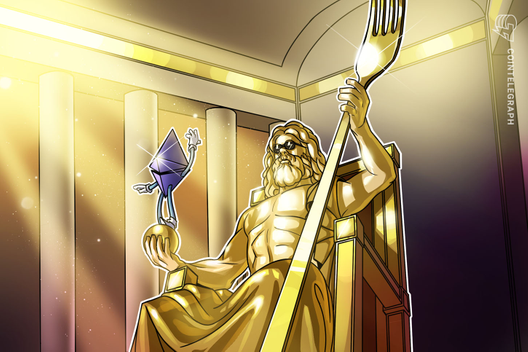 The Ethereum network has just completed its Muir Glacier hard fork, with the sole improvement proposal being to delay the difficulty bomb for another 4,000,000 blocks.

As of press time, the majority of clients were running in sync, although according to ethernodes, the nethermind client was still having some issues, and had fallen over 150 blocks.

Upgrade comes hot on the heels of Istanbul

The Muir Glacier hard fork comes less than a month after the previous Istanbul upgrade on Dec. 7. In fact, the latest hard fork only became necessary following the Istanbul upgrade, due to a realization that estimates predicting the timing of Ethereum’s difficulty bomb for mid-2020 were wrong.

The difficulty bomb is a mechanism to gradually increase the difficulty of new block creation and is a step on the roadmap to Ethereum switching to a proof-of-stake consensus algorithm.

Coming, ready or not

Before the hard fork, there was some concern as to how ready the network was for the upgrade, as has been borne out by the nethermind client’s failure to sync for over two hours.

Discounting nethermind’s synching issues, it is estimated that around 80% of the total active nodes on the network are Muir Glacier-ready.

As Cointelegraph reported, Binance announced its support for the upgrade two days ago. However, ethernodes currently has no information on the status of some of the other large exchanges, such as Coinbase.