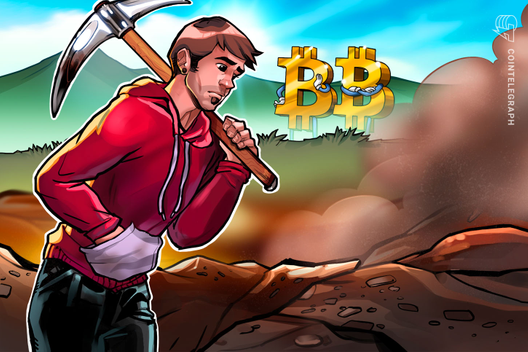 The operator of what is set to become the world’s largest Bitcoin mining facility has reportedly signed a deal with Japanese financial services giant SBI and internet provider GMO.

The operator of what is set to become the world’s largest Bitcoin (BTC) mining facility has reportedly signed a deal with Japanese financial services giant SBI and internet provider GMO.

A Jan. 7 BNN Bloomberg report claims that the two Japanese mega-firms have agreed in principle to process cryptocurrency transactions at a new mining facility — of unprecedented scale — now being developed in Rockdale, Texas.

The facility will be operated by Whinstone Inc., a subsidiary of the Frankfurt-based Northern Bitcoin AG.

Whinstone — which has been operating since 2014 and has its own mining sites across the Netherlands, Sweden and the United States — merged with Northern Bitcoin in November 2019 as the latter geared up to construct what is being slated as “the largest data center in North America and the largest Bitcoin mining facility in the world,” on an area of ​​over 40 hectares.

Neither SBI nor GMO immediately responded to Cointelegraph’s request for comment to confirm the partnership.

Northern Bitcoin AG’s new site will reportedly launch operations with an initial capacity of 300 megawatts, expected to hit 1 gigawatt by the close of 2020.

This would outstrip by almost three times the capacity of what is currently held to be the world’s largest crypto mining site, operated by China’s Bitmain Technologies Ltd. and situated on the former Alcoa aluminum smelter, also in Rockdale.

Alcoa, which closed in 2008, had been at the epicenter of the town’s once-thriving aluminum industry in the 1950s, and a key driver of population and economic growth, together with the nearby Sandow Power Plant, which shuttered in early 2018.

As per Mike McGlone, a senior commodity strategist at Bloomberg Intelligence, an inflow of large cryptocurrency miners is now flocking to Texas, drawn by its abundance of cheap and renewable energy sources, particularly wind.

Wind-power accounted for over 20% of Texas’ electricity generation in 2019 and is expected to overtake coal for the first time this year, BloombergNEF data indicates.

Alongside Northern Bitcoin AG, U.S. mining startup Layer1 — backed by Peter Thiel and Digital Currency Group — is planning to set up a proprietary power sub-station on the plains of West Texas to generate solar and wind energy for its Bitcoin mining operations.

On the heels of a volatile year for the cryptocurrency markets, McGlone commented on news of SBI and GMO’s reported involvement in the new mining site, observing that:

“Bitcoin is attracting more institutional investors and with the notion of limited supply and mass adoption — Bitcoin is winning this race.”

SBI, for its part, has taken a diverse, rather than maximalist, strategy as regards digital assets: it has a history of close involvement with XRP and Ripple, recently revealing it is considering the possibility of paying shareholder dividends in the token.

It also continues to work as part of the joint venture SBI Ripple Asia, which was formed to promote XRP’s usage in Asian financial markets in 2016.