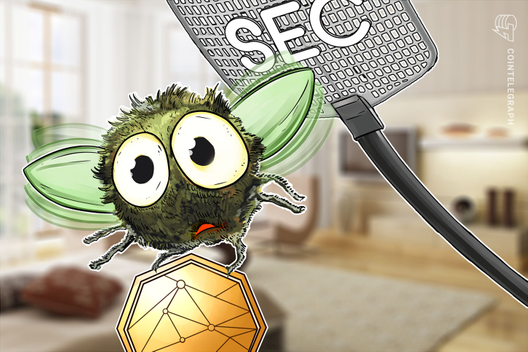 The United States Securities Exchange Commission is seeking a default judgment and $16 million in penalties from token sale platform ICOBox.

Documents filed with the Central District Court of California on Jan. 9 order the defendants to pay over $16 million in disgorgement to the agency within 14 days of the judgement’s entry.

According to yesterday’s proposed judgment, the SEC’s disgorgement penalty is calculated on the basis of $14.6 million in the firm’s ill-gotten gains plus prejudgement interest of just over $1.4 million. Evdokimov is personally ordered to pay a civil penalty of $189,426.

The SEC’s complaint against ICOBox

The SEC’s complaint in September alleged that ICOBox and Evdokimov facilitated the token sales of over 30 clients, who collectively raised over $650 million from investors. For its own operations, ICOBox purportedly raised $14.6 million in its own “ICOS” tokens from over 2,000 investors in the U.S. and worldwide.

ICOBox ostensibly did so in full knowledge of the SEC’s classification of certain digital tokens as securities offerings in the agency’s DAO Report of July 2017, having publicly discussed the report’s significance in an interview with Reuters as well as communications with investors.

ICOBox and its founder nonetheless failed to register their token sale platform or qualify its operations for any exemption from registration, instead attempting to claim that ICOS tokens were not securities or that they warranted an exemption due to “an unspecified utility.”

At the time of the September complaint, ICOBox’s operations were ostensibly still ongoing and the firm had expanded the scope of its services to support security token sales (STOs), thereby continuing to flout registration requirements under federal securities laws.

Earlier this week, the SEC’s Office of Compliance Inspections and Examinations, identified new financial technologies including digital assets among its major concerns in the coming fiscal year.