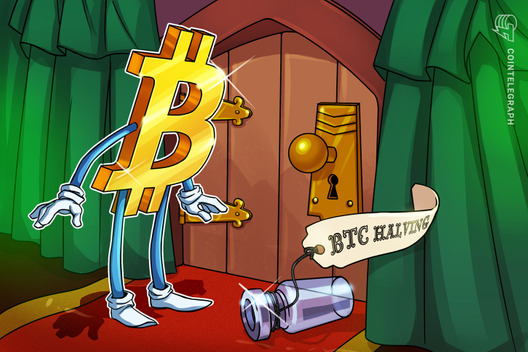 Bitcoin price rebounded above $8,000, looking to test new highs in 2020 and break a 7-month downtrend with 5 months to go before the halving.

The price of Bitcoin (BTC) broke out of a 2-month range and rallied to $8,400 during this week. However, the price couldn’t break out of the downtrend and is stuck in a new range.

Is the price of Bitcoin already in a bull market, or is the price expecting continuation downwards? 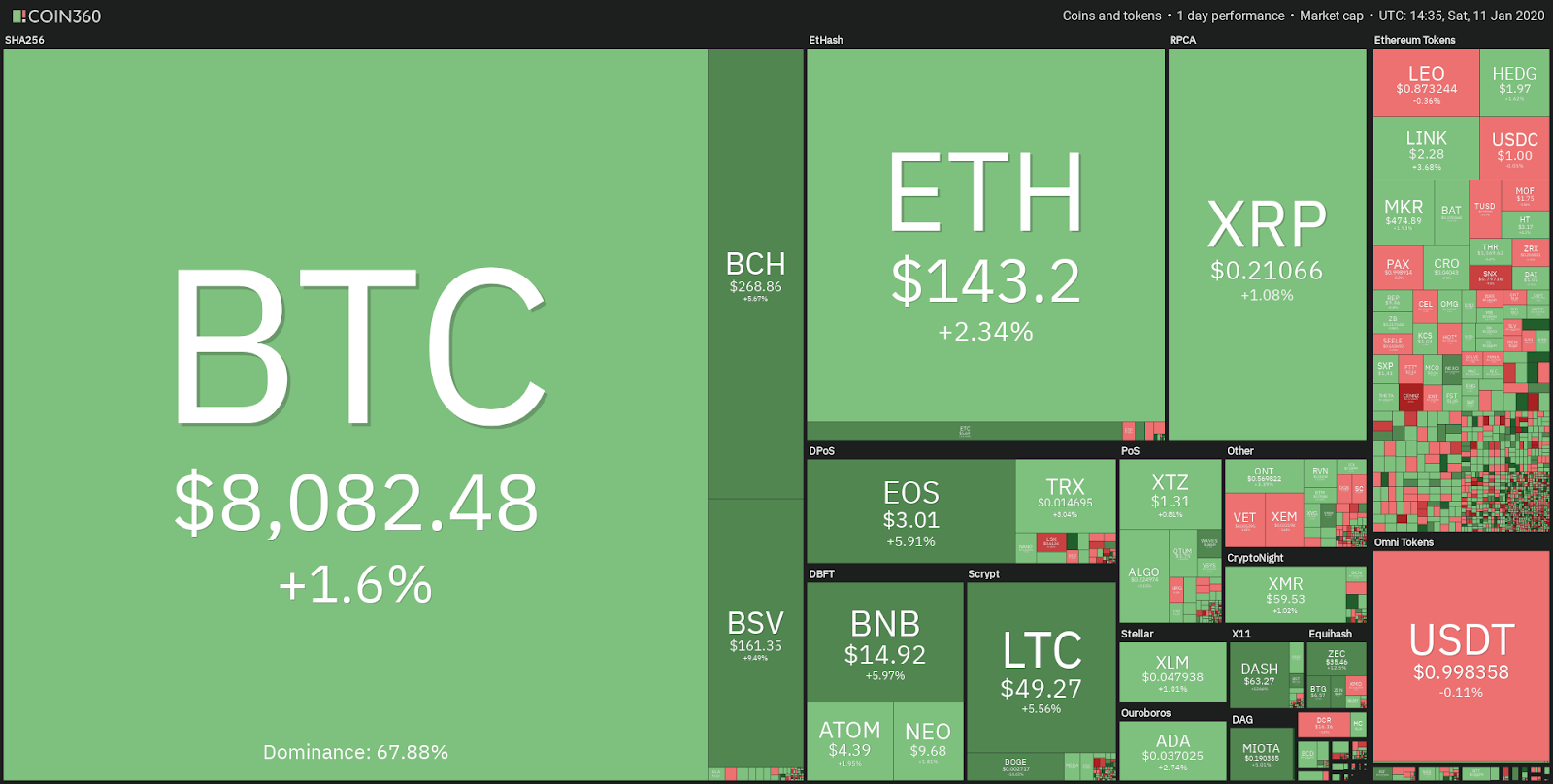 Bitcoin price is hovering below resistance and trendline

The chart of Bitcoin is showing an apparent breakthrough in the $7,600 level. After this upwards breakout, the price started to rally towards the next resistance zone, found at $8,400. This is also the downwards trendline (blue diagonal line) at which the price is currently hovering.

The price is moving in a crucial range, as a breakout above $8,400 would lead to a breakout of the 7-months downtrend. However, losing the $7,600 level as support would lead to an acceleration downwards, and then the price is likely to be continuing towards $6,400 or $5,800.

The 4-hour chart shows a clear retest of the $7,660 level as confirmation of support yesterday. After this test, the price of Bitcoin rallied towards $8,200 and got rejected while establishing a new range.

Total market capitalization aiming to break out of the downtrend

Similar, the downtrend is not done yet, as the market cap is still hovering below the trendline. However, a clear break above $211 billion would mean that the market capitalization will be ready to move towards $248 and $268 billion as the next target area.

How are altcoins performing recently? They are doing reasonably well against their USDT pairs. If people want to trade altcoins, it’s compulsory to use both BTC and USDT charts as that would give a clear view of the movements of the coin.

Ether (ETH) provided an excellent breakout upwards in the USDT pair recently, as the chart below shows.

ETH made a clear break of the $133 level, pushing price towards $145. A similar retest occurred and provided a good bounce, which means that buyers stepped in at $135 and confirmed this as the new support.

The price of Ether is currently also hovering below the downwards trendline. If the price can break out to the upside, targets of $167 and $190 are on the table.

A similar support/resistance flip is found on the XRP chart.

The XRP chart is showing a similar story as the other large caps: a move to the upside in which a retest resulted in confirmation of the breakout. If the price of XRP is stabilizing above the recent resistance, a breakout and continuation are likely to occur.

This breakout would lead to a potential retest of the $0.30, the level XRP bounced on throughout 2018. On the other hand, losing the green level at $0.20 would mean continuation to the downside.

A similar move was seen in February 2019 with the $49 billion levels. This retest marked the start of an uptrend in the months after. If the total altcoin market capitalization can make a similar move in this period, a push towards $78-80 billion would be expected.

At this point, there are two simple scenarios that are likely to happen for the current Bitcoin price action. Let’s start with the bullish one first.

Support around the $7,600 area must be maintained for the bullish scenario. If the price of Bitcoin can do that (which it looks like at this point), the price is ready for continuation to the upside.

In that regard, a breakout of the downtrend is likely to occur. A breakout would trigger more people to step into the market, causing a strong impulse wave to the upside.

If Bitcoin breaks the downtrend, then the $9,500 and $10,000 levels will be the next targets. Another resistance level is found at $8,800, but it’s likely to be broken. The reasoning is simple: a breakout of a 7-months downtrend would give a strong impulse move and strong buying power. Thus, a push to $9,500 is expected to occur.

The $9,500 level is crucial as price bounced several times here during the summer of 2019. Therefore, it is likely to be the next resistance.

The $7,600 level is also a crucial level for the bearish scenario. If the price of Bitcoin can’t hold the $7,600 level as support, the breakout to the upside can then be classified as a “fake-out,” possibly leading towards the continuation of the downward movements.

An example shows the big push towards $10,000 in October. The price of Bitcoin wasn’t able to find support after this push and started to accelerate to the downside, dropping even lower than the recent low.

Thus, if the price of Bitcoin can’t hold $7,600, the sentiment will then flip bearish and traders will see where the price of Bitcoin will find new support. In this case, acceleration to the downside would make me believe that $6,400 and even $5,600-5,800 could be tested as the next support levels.