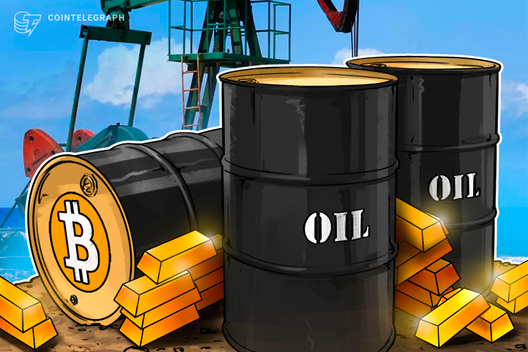 Bitcoin price increased amid rising tensions in the Middle East earlier this week but is BTC’s recent correlation to gold price supported by the data?

Bitcoin’s (BTC) classification has been a controversial and difficult topic for crypto-enthusiasts, investors, and regulators to reach a consensus on. The digital asset has been compared to a currency, a commodity, an investment asset or even said to have no underlying value. However, from the perspective of regulators, Bitcoin has been mostly associated and studied as a commodity, especially in relation to gold. In fact, many times Bitcoin is referred to as the “new gold” or “digital gold.”

This week, as tensions between the United States and Iran ramped up, gold reached a 6-year high while BTC price rose about 20%. Thus, analysts are attempting to re-evaluate to what extent commodities and other traditional assets are linked to Bitcoin’s long and short-term price action.

How correlated are gold and Bitcoin prices?

Looking at the price action of Bitcoin and gold from April 2013 until now, one can see that gold reached its peak in 2020, while Bitcoin reached its maximum price in late 2017. But how are they related?

This raises the scenario that as crypto markets mature, the price action begins to resemble that of traditional assets. The correlations between lagged gold prices and Bitcoin prices also show similarities. 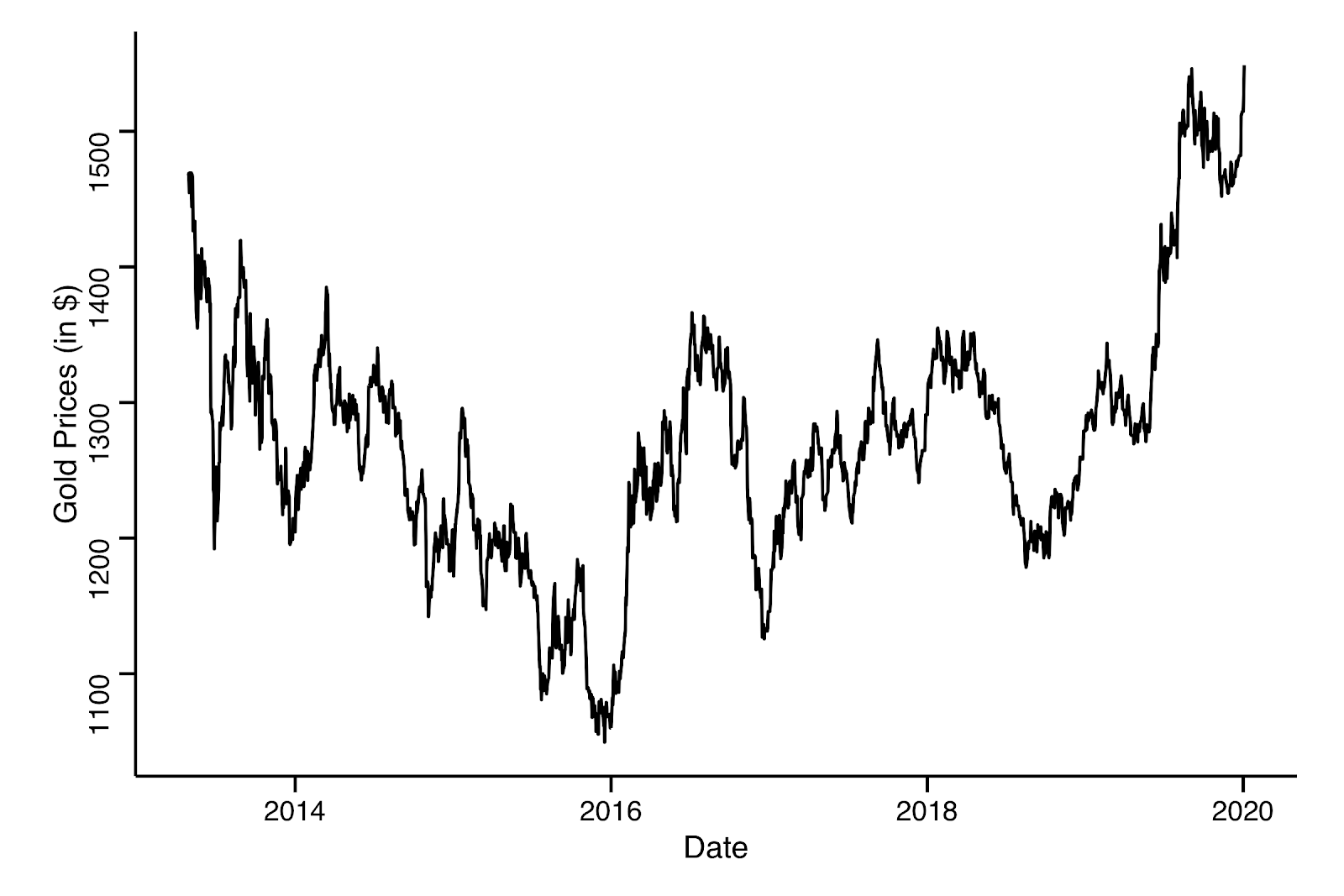 What should investors expect next?

Over the last week, the gold price surged to a record high at $1,606 per ounce and gold futures prices and volatility has also increased. At the same time, Bitcoin’s rallied above $8,300, which represents its highest price since November 2019. 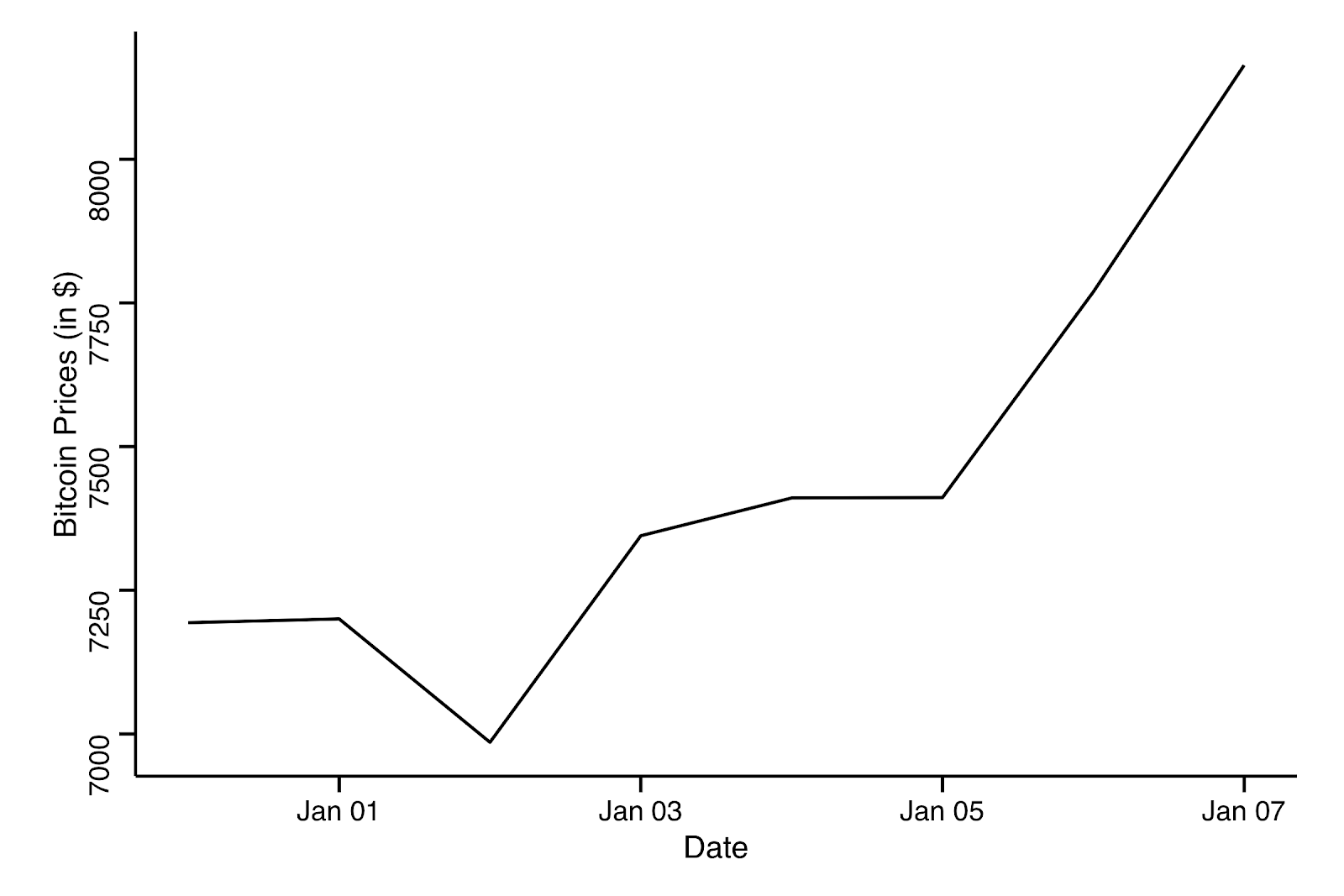 Moreover, on Jan. 8, Bitcoin reached its highest daily transaction volume (over $28 billion), since the price dump that occurred on Dec. 18. Looking at Bitcoin’s volatility premium provided by Coinmarketcap, one can also see the highest values on Jan. 8 and on Jan. 3 since Dec. 18. 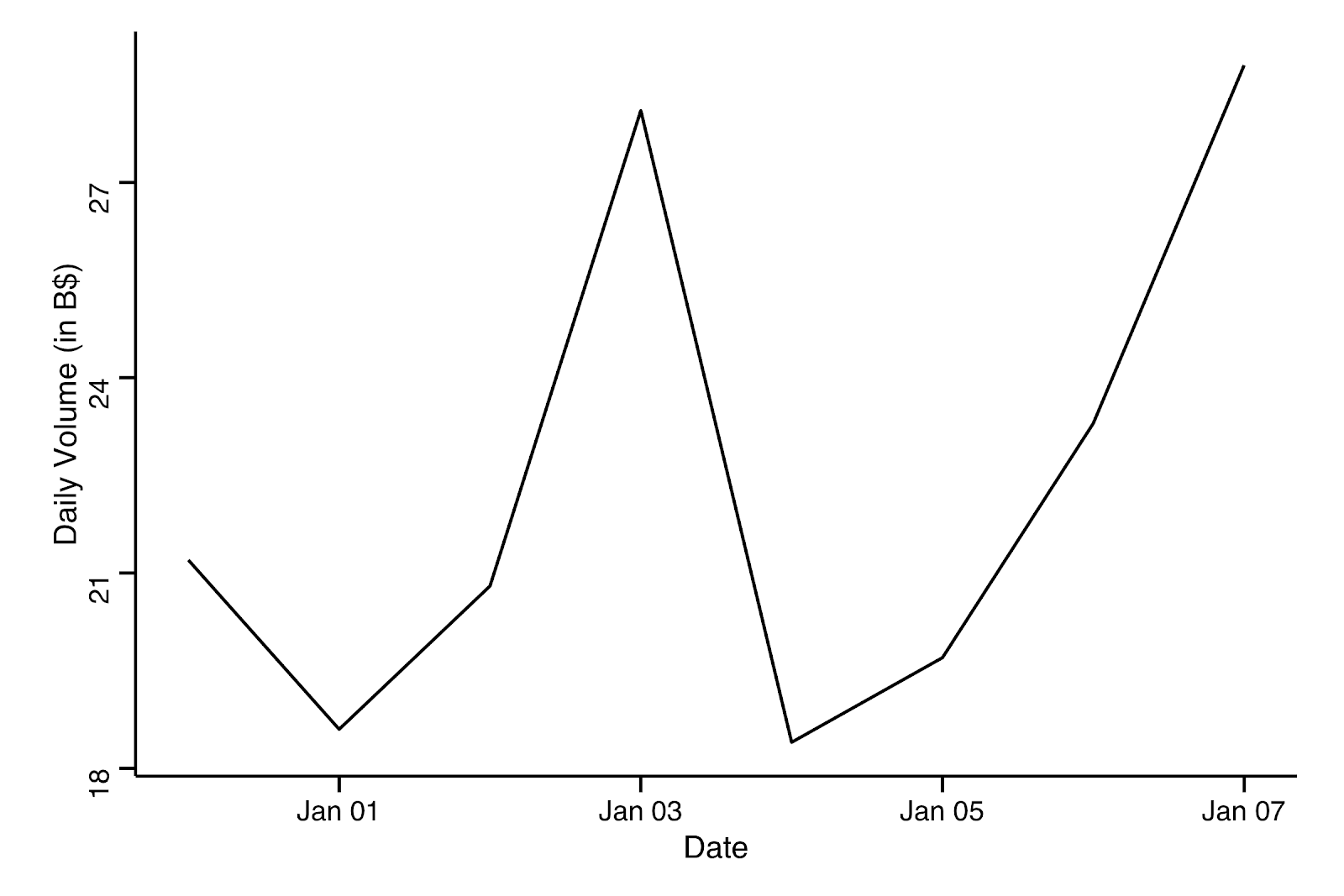 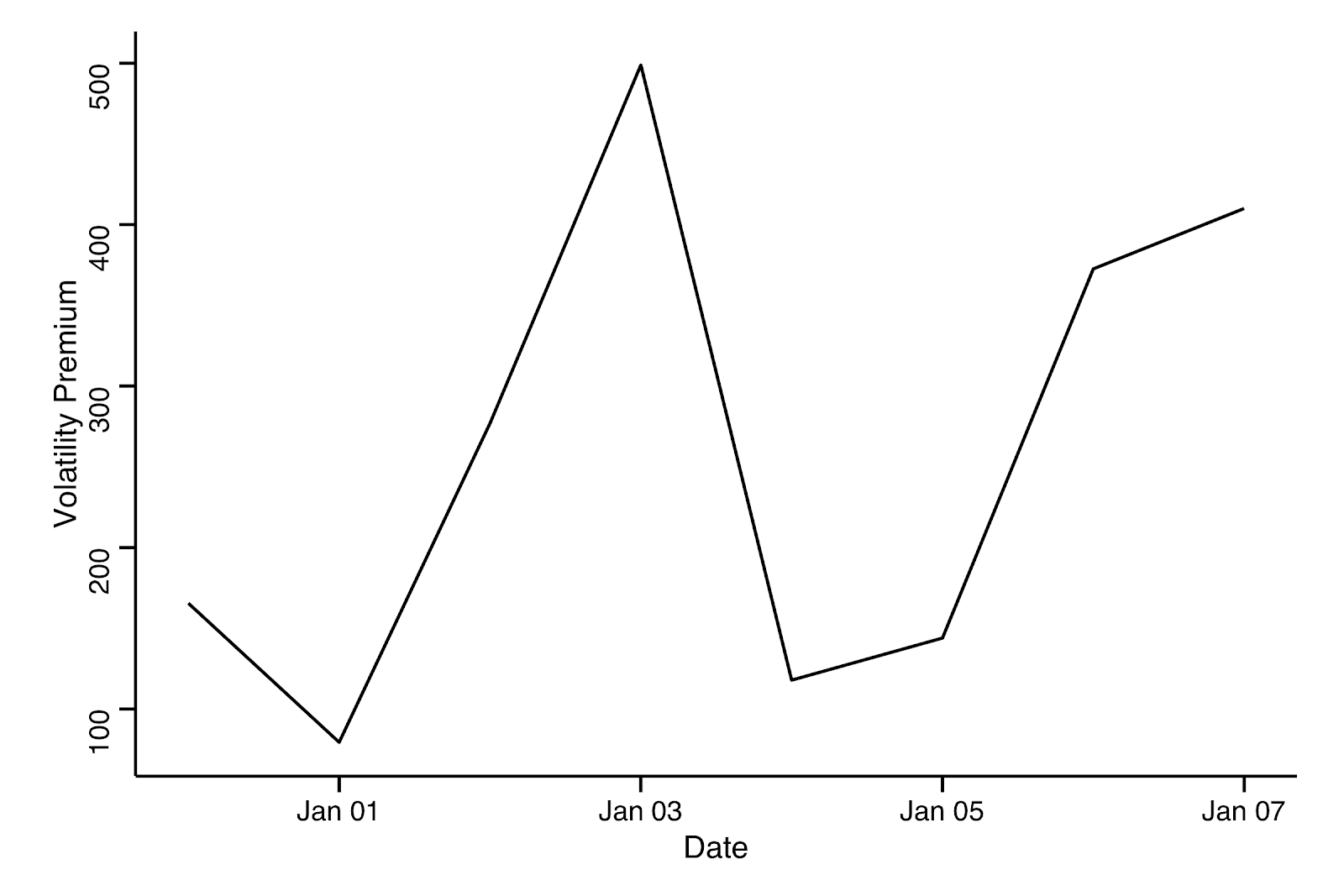 Looking exclusively at price correlations, investors might be tempted to conclude that a relationship between gold and Bitcoin exists. However, the data is not sufficient enough to reach that conclusion.

What about gold and Bitcoin returns?

The correlation between returns is much weaker than between both asset’s prices with only a 2.2% relationship for the full sample studied. However, one can see an increase in BTC and gold price correlation from 2018 (8.7%) to 2019 (12.5%).

The same improvement between 2018 and 2019 is seen when looking at lagged returns. But in that case, the correlation in 2018 is negative (-4.7%), as well as the results for the full sample (-2.3%), but positive in 2019 (2.3%), which may lead analysts to reject the proposition that gold returns are linked to Bitcoin’s behavior.

Does correlation lead to a disappointing conclusion?

Let’s look to see if gold returns explain the way Bitcoin’s returns move by doing a regression model. When analyzing this sample of returns, the coefficients show that when gold increases by 1%, Bitcoin increased by 0.115%.

However, these results are not statistically significant, which would lead some analysts to say one is unable to confirm that small positive relationship. A negative relationship, even though not statistically significant, is found when regressing Bitcoin returns against the lag of gold returns, which, once again can lead us to assume that gold price action doesn’t predict Bitcoin.

But what about oil, the biggest commodity in the world

Bitcoin has been compared to commodities at large but some of its underlying assumptions — fixed supply and high volatility — cause challenges to that classification when compared to oil.

Regarding returns, the same negative correlation is seen for the full sample (-2.5%) and during 2019 (-3%). Once again, the correlations in 2018 are better than in other periods (1.8%), even though they are of a very small magnitude.

Looking at the lagged WTI returns, one can also observe negative correlations in 2018 and 2019 but small positive correlations for the full sample (3%), which is better than what we’ve seen in gold returns. 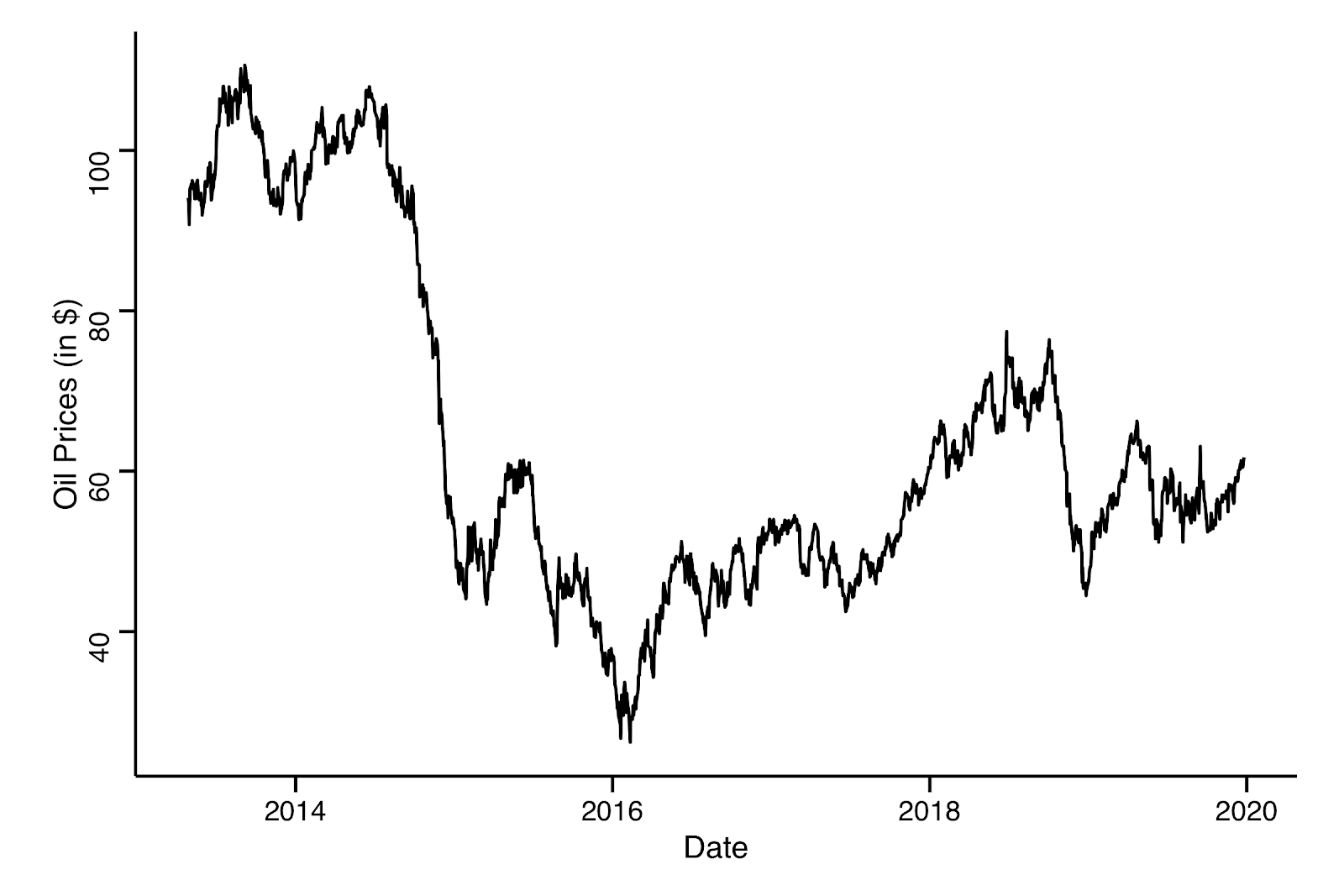 Following a regression model with WTI oil returns, once again one cannot find significant results to confirm that oil could be a predictor of Bitcoin returns. 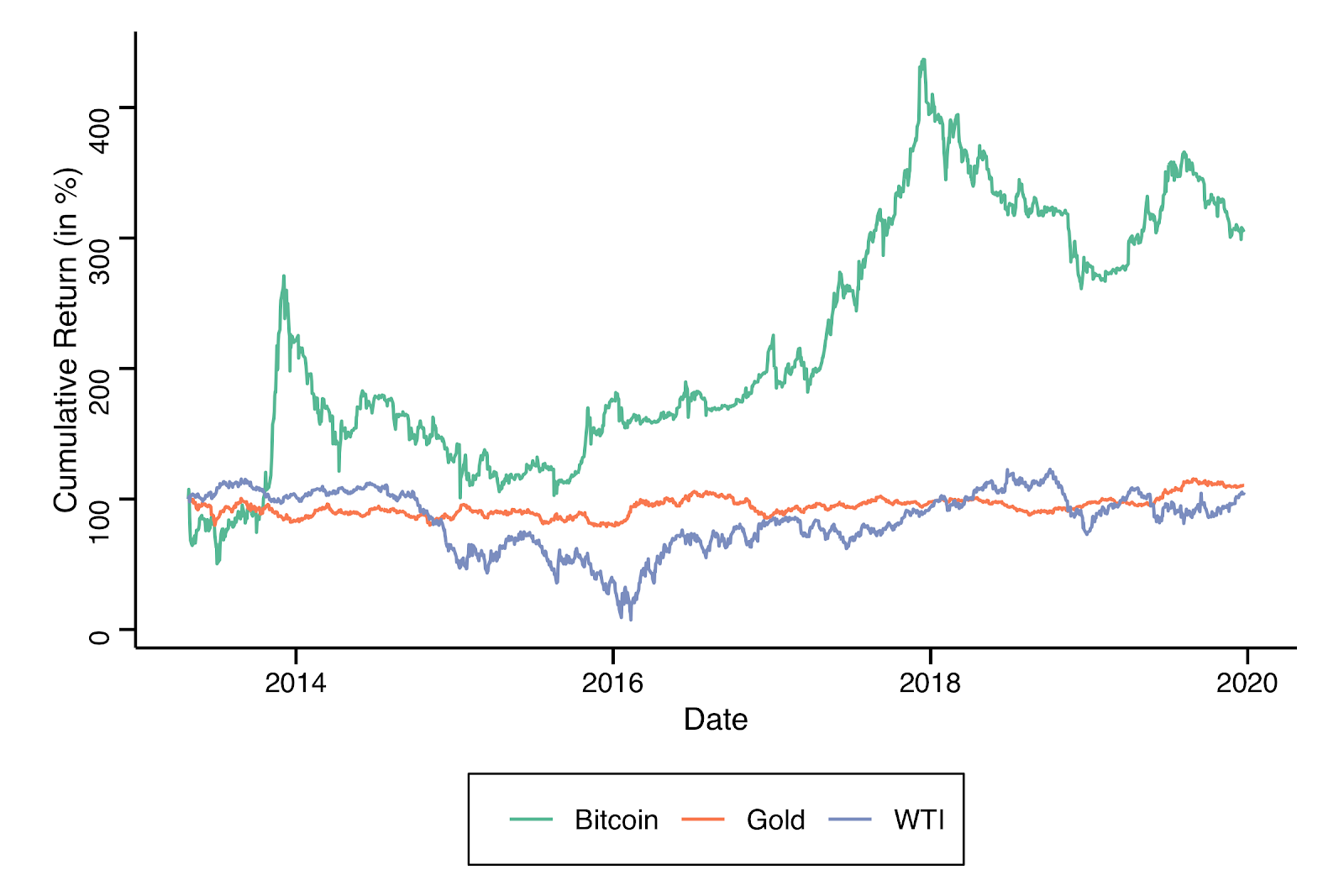 Figure 6: Cumulative return of investing in gold, oil and bitcoin in April 2013 sample until Christmas 2019

Bitcoin: is it a commodity or something else?

Bitcoin’s classification remains an open question. In the short-term, and during a week with high geopolitical instability, Bitcoin and commodities such as gold and oil have performed in a similar fashion. Whereas traditional stock indexes as the S&P 500 and DJIA went in the opposite direction.

On wider time frames, the data suggests that there isn’t much correlation between Bitcoin and gold and even less when compared to oil. This raises additional questions when comparing Bitcoin to a traditional commodity.

Over the long-term, considering the sample used in Figure 6, BTC still offers a better investment option for investors when compared to investing in gold or oil. As Cointelegraph reported in December, Bitcoin price action dwarfed all other investments in the past decade with nearly 9 million percent gains.

Nevertheless, the factors that influence Bitcoin’s price and returns are not conclusive. At the same time, Bitcoin may be increasingly seen by traders as a non-correlated asset to traditional stock indexes in periods of economic uncertainty, acting more like a safe haven as this past week has shown. As Cointelegraph reported earlier, even the mainstream media is buying into the idea of Bitcoin as a politically-neutral asset.

If Bitcoin is adopted by individuals and corporations, this inverse relation with traditional markets and commodities could become even more pronounced in the future. Whether that evolution will lead Bitcoin closer to a commodity, currency, solely a speculative asset — or an entirely new asset class — remains to be seen.