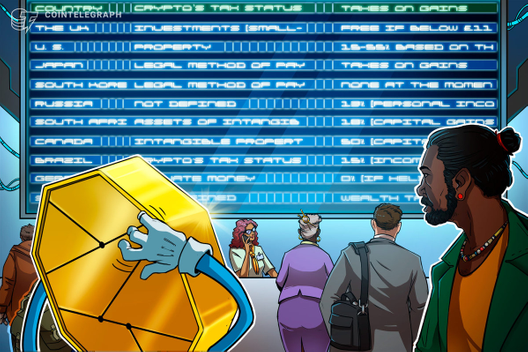 Crypto traders explain they are not surprised by Deribit’s move to Panama, explaining more companies may follow.

Crypto traders see potential for other market platforms to exit after crypto derivatives exchange Deribit announced a move to Panama from its EU base in the Netherlands.

“This is something they had hinted at in an interview months ago, and it’s something I fully expect we see more of going forward in the crypto space,” trader, Twitter personality and co-host of the Crypto Street Podcast Prince told Cointelegraph in a message.

Deribit broke the news on Jan. 9, explaining its platform will move to Panama from the Netherlands, owing to stringent EU regulations the Netherlands may soon adopt, known as 5AMLD. The move will officially occur on February 10, 2020, Deribit said in a statement.

As part of the transition, Deribit announced upcoming changes to its Know Your Customer (KYC) requirements, adding two tiers of authorization on the platform, based on KYC data that customers provide.

“I think it’s the easiest way for them to go further, as they otherwise would get struck in the new regulations in the EU,” van de Poppe said in a message, adding, “they are not the only ones.”

Deribit’s move comes in the midst of a changing regulatory landscape in the crypto space as the U.S. Securities and Exchange Commission (SEC) tightens its watch. Cointelegraph reported on the SEC’s crackdown of initial coin offerings (ICOs) in 2018.

Exchanges have begun to take note of these changing tides. Binance announced a ban on U.S. customers in 2019, shortly before launching derivatives products. The exchange set up a separate regulatory-friendly U.S. outpost later in the year offering fewer features.

“A lot of these derivatives venues and exchanges that tout no KYC requirements have been doing KYC for larger traders for a while now anyways. I fully expect to see more trading venues follow suit going forward.”

In December, Cointelegraph also explored trading bans and regulations in China over the course of 2019.