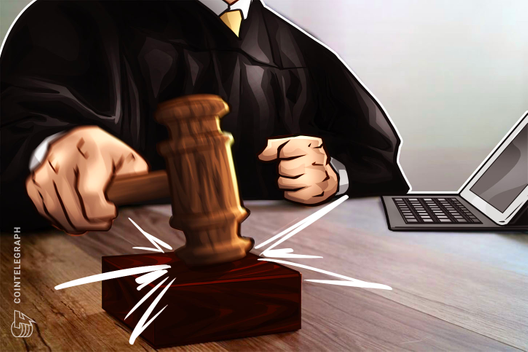 A United States district judge has ruled that Craig Wright does not have to forfeit 50% of his Bitcoin to the Kleiman estate because his holdings are unknown.

A United States District Judge has ruled that a previous sanction ordering Craig Wright to give up half of his Bitcoins to the estate of Dave Kleiman will not stand.

U.S. Magistrate Judge Bruce Reinhart’s delivered the sanction ruling last August in the long-standing court battle over an alleged 1.1 million Bitcoins which were mined by Wright and Kleiman in partnership in the early days of Bitcoin, shortly after Wright claims he invented it.

According to court documents filed with a U.S. district court in Florida on Jan. 10, Judge Beth Bloom ruled that Reinhart’s earlier sanction order was not proper.

As Cointelegraph reported, in August 2019, Reinhart ruled that Wright had perjured himself by presenting falsified documents, and recommended that he hand over 50% of the over 1 million Bitcoin he allegedly mined with Kleiman.

However, the latest ruling states that this sanction was not proper, as the deemed facts (that Wright had an equal partnership with Kleiman) do not specifically relate to the discovery issue (a list of Wright’s Bitcoin holdings).

Moreover, even if the court did accept the deemed facts, this discovery abuse would remain “uncured,” as the court still does not know how much Bitcoin Wright owns.

Judge Bloom did conclude, however, that Wright had not made a good faith effort to comply with discovery orders and should still pay the Kleiman estate’s attorney fees.

The Kleiman estate filed a motion requesting legal costs of $658,000 in November last year. This led Wright to immediately respond with a counter-motion, asking for this to be thrown out as both the hours worked and hourly rate were “unreasonable.”

‘Mysterious’ courier to shine a light on Bitcoin holdings

Wright is not off the hook regarding the Bitcoin yet though. The judge ordered that Wright has until Feb. 3, 2019, to inform the court if a “mysterious bonded courier” arrives with the final key slice so that he can access his Bitcoin holdings.

The judge questioned the plausibility of Wright’s previous assertion that this courier would deliver the slice by January 2020. However, she did say that the court should indulge him the opportunity.