The Foin project has released an official explanation of why its token tanked after the purported price pump.

The Foin project — which is behind the eponymous token that sunk following its supposed unlocking period at the beginning of January — has released an official explanation of the token’s tanking after the purported price pump.

Cointelegraph reported in an investigation on Dec. 30, 2019 that we had found a trail of suspicious movements in Foin’s (FOIN) price history, as well as a web of suspect business relationships associated with the coin’s development.

As revealed by our investigation, there are multiple entities associated with Foin, like the Swiss-registered Foin Foundation, crypto payments firm and wallet provider FoPay, and AliExchange. FoPay is owned and operated by Ukraine-registered company “Foins Blockchain Limited Liability Company.”

On Jan. 10, Foin made its first official announcement of the year, explaining why the price dropped. The blog post stressed that the founding team can neither control the token price nor recover any losses once the tokens are distributed:

“Once a coin is on the exchanges, the team who launched the coin now has no control over what the prices are, and cannot recover any losses, no matter how much they would want to jump in and help.”

The post described a list of factors that could have contributed to the price drop. This included supply and demand of Foin, lack of proper financial education for the project’s early contributors, as well as Telegram scammers: the announcement claimed that numerous scams were reported in both official and unofficial Telegram chats, in which investors had fallen victim to “scammers that duped them into handing over their FOIN.”

It remains unclear which of the aforementioned parties associated with the project authored the explanatory announcement.

In December, FoPay had acquired Estonia-based digital currency trading platform AliExchange for 1 million Foin tokens. If one were to go by Foin’s apparent value at the time, that would make the deal worth roughly $2.1 billion — a highly questionable valuation.

Since that announcement, Foin price surged even higher to around $3,640 on Dec. 23, representing a near 70% month-over-month price increase.

Dependence on other cryptos could be a leading factor, says Foin

It is worth noting that Foin also named the bearish crypto market as one of the key factors of the token price slump, elaborating that altcoins’ value is primarily tied to the price of Bitcoin (BTC) and Ether (ETH).

As Cointelegraph previously reported, Bitcoin presented historically low volatility over the past year. Coupled with a lower correlation with altcoins, there are emerging signs that the market could start to behave in a more predictable way. 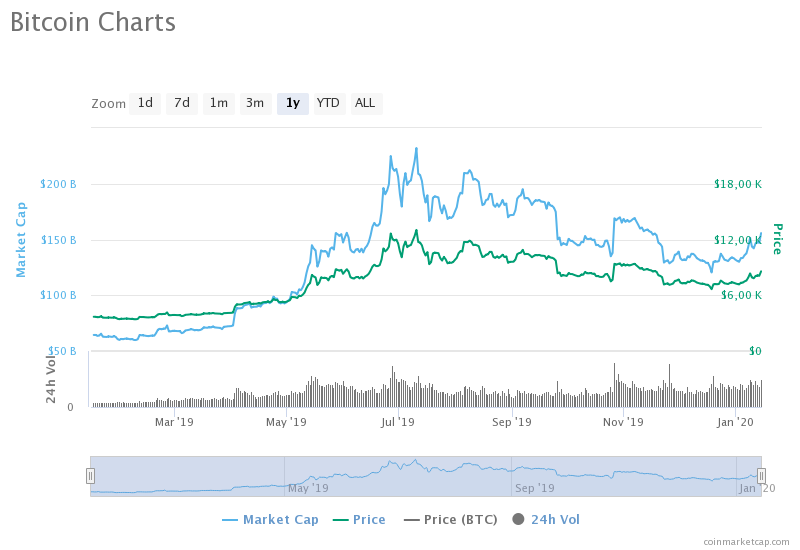 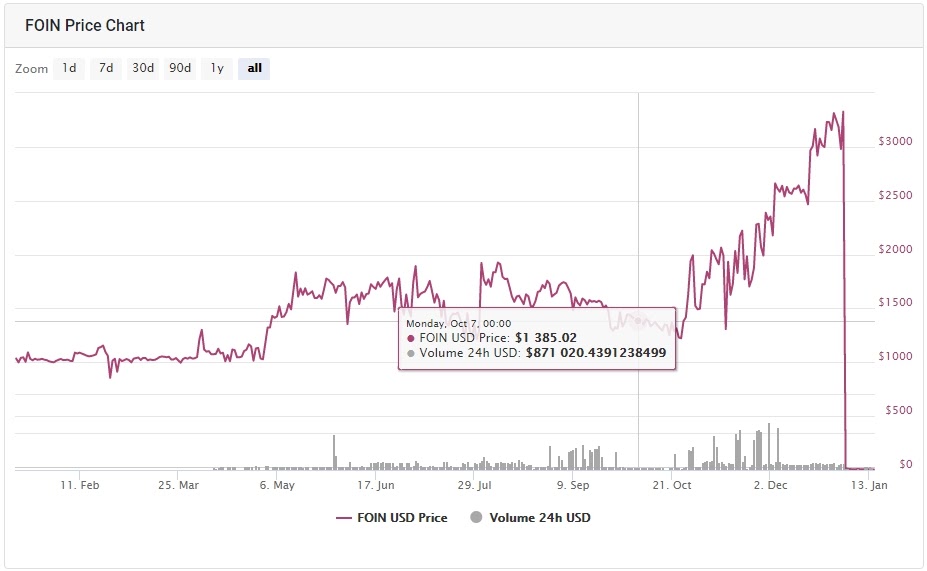 Bitcoin has furthermore become more valuable due to a number of factors, like the tensions between the United States and Iran, or the launch of Bitcoin options trading by CME Group.

As such, Foin price should have followed the upturn in BTC price but has continued trending down.

“On January 3rd, 2020, after all, coins were fully distributed, the exchanges where FOIN was listed were flooded with people trying to sell FOIN. For example, one of the exchanges where FOIN is listed, P2PB2B, has even had serious technical difficulties and had to perform a system upgrade due to the large number of people signing up and depositing FOIN in their platform.”

The Foin team ostensibly intends to rescue its token price. The project plans to seek out new partnerships with financial service providers, list its token on more exchanges, consider integration with a peer-to-peer lending platform, and implement an airdrop and bounty program, among other tactics.

Cointelegraph reached out to all the associated parties for comment but has not received a response as of press time.